It inhabits the topical areas of western and central Africa, mainly ponds, swamps and slight-current streams in rainforests. In less rainy areas, it digs burrows were it hides during the dry season.

Its diet is very adaptable, as it changes during the year according to prey availability, which can be invertebrates, fish, amphibians, small mammals and birds. In many African regions its populations are hunted exhaustively and some of them are critically endangered. 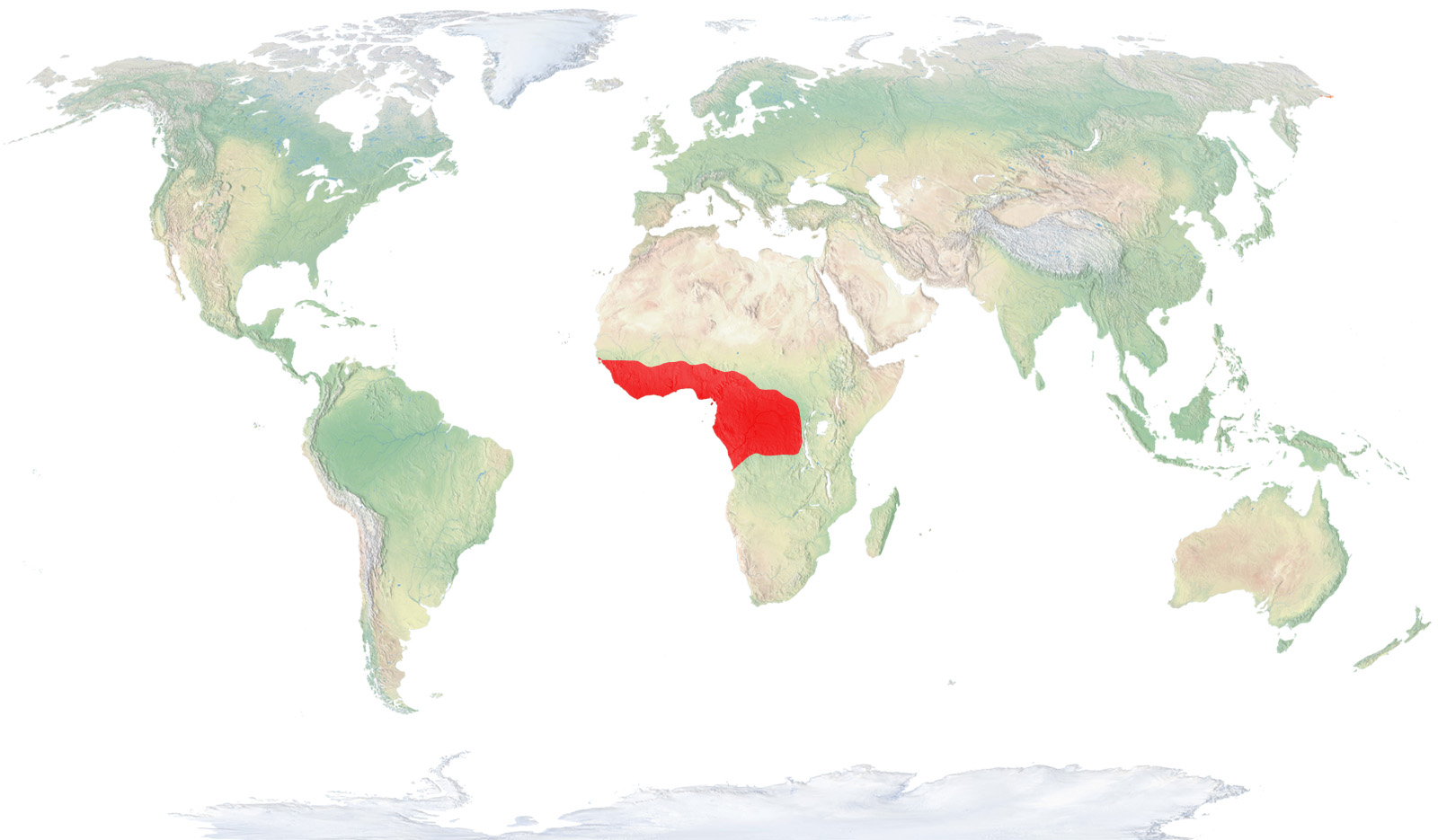 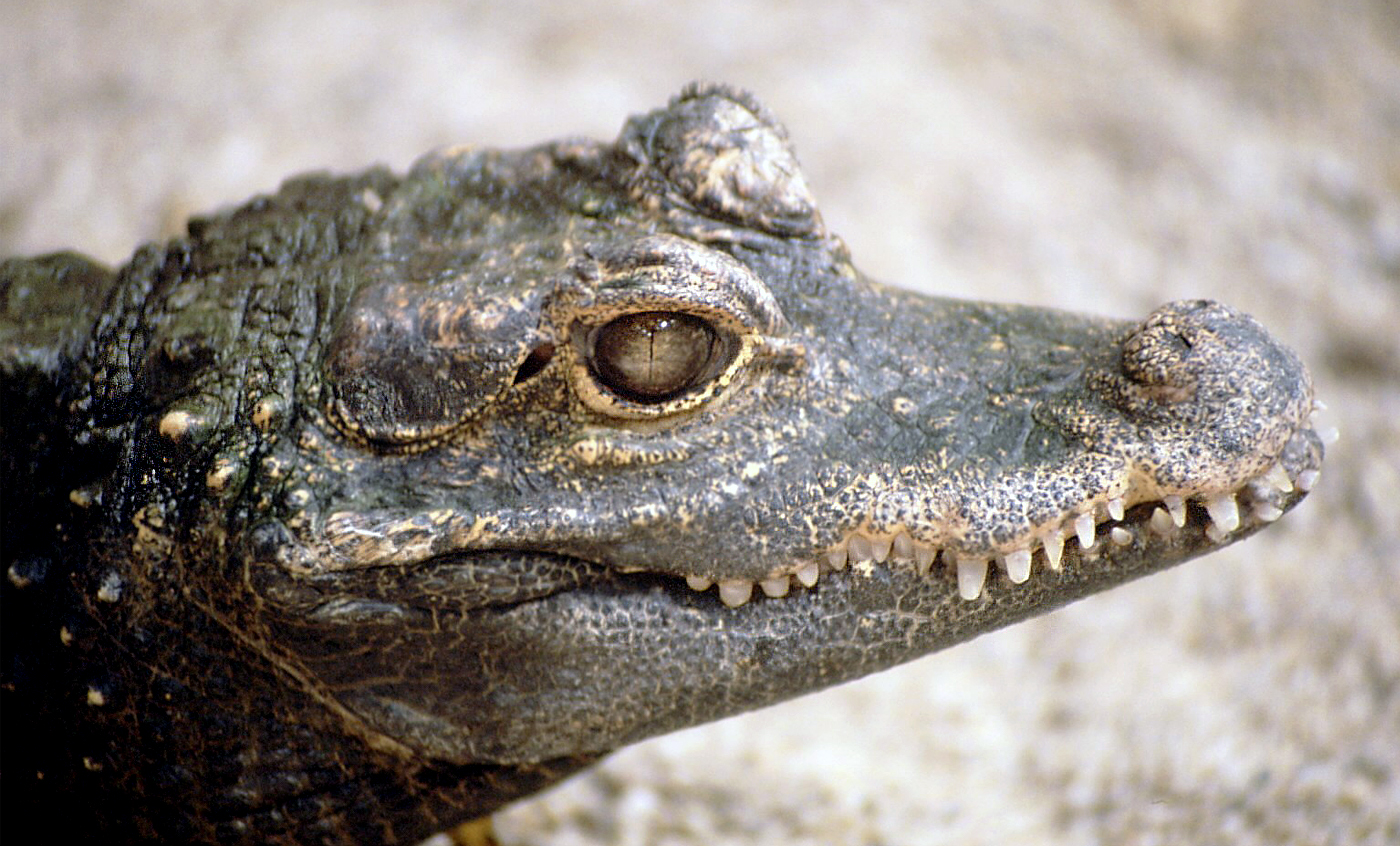 With a sturdy frame, the dwarf crocodile has a heavily armoured neck and back, as well as bony and thick eyelids. Adults are completely black and have brownish iris. Juveniles have a lighter brown banding on the body. It is a small-sized species that does not exceed 2 meters long.

It inhabits permanent ponds, swamps and slight streams of the rainforests, although it can also be spotted in isolated ponds and pools of forest savannahs, where it digs burrows in order to aestivate during the dry season.

Its diet is very adaptable, as it changes during the year according to prey availability, which can be aquatic invertebrates, fish, amphibians, small mammals and birds.

Its reproduction is oviparous and females build the nest at the beginning of the rainy season, which spans May and June. The nest, located near water, is a mound of wet, decaying vegetation that incubates the eggs due to the heat generated by the decomposition of the plant material. They lay a small number of eggs, generally around 10, although it can be up to 30, which are incubated for three months. Hatchlings measure 25-30 cm when emerging from the eggs. Females guard the nest during the incubation period and, after the eggs hatch, they watch over the new-born for a certain period of time.

Its behaviour is quiet and solitary. It is a mainly nocturnal predator that captures all kinds of small vertebrates and big invertebrates such as crustaceans and who, upon availability, also eats carrion. It hunts in the water or near it, although in areas with substantial ground cover, it can expand its ground feeding pattern in extensive forays, especially after the rains.

It normally digs a burrow to hide and rest during the day, which sometimes can have an underwater entrance.

Two subspecies are known of this crocodile: O. tetraspis tetraspis, which occupies most of its distribution area, and O. tetraspis osborne, which only inhabits the rainforest of the Democratic Republic of the Congo.

There is few information about the real status of its populations and, despite being hunted as rainforest meat and its habitat is being destroyed in most of its distribution area, is appears to be a still abundant species in certain spots, although its discreet lifestyle makes it difficult to be able to fully trust the numbers.

The Zoo of Barcelona takes part in the European StudBook (ESB) of this species in captivity. 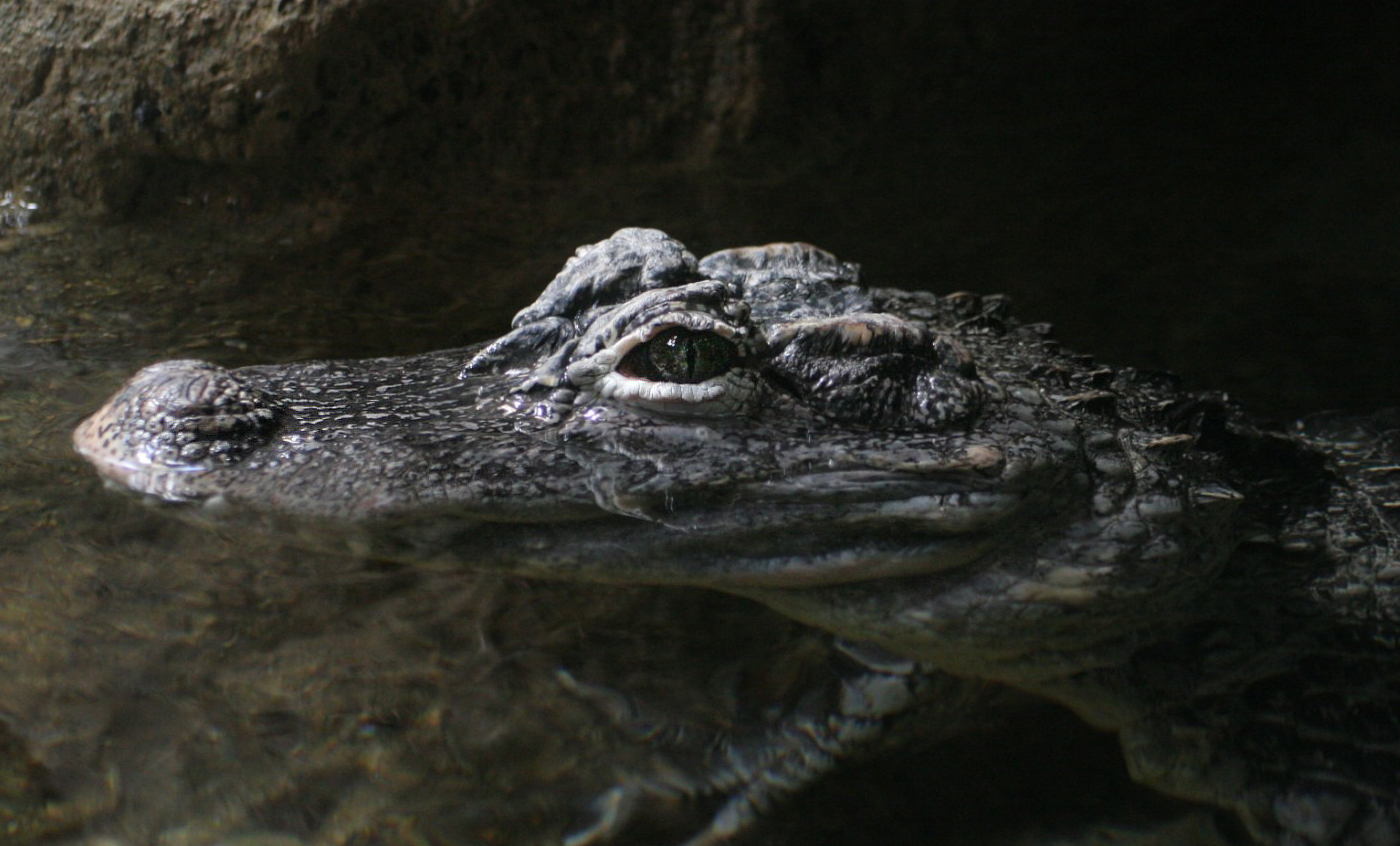 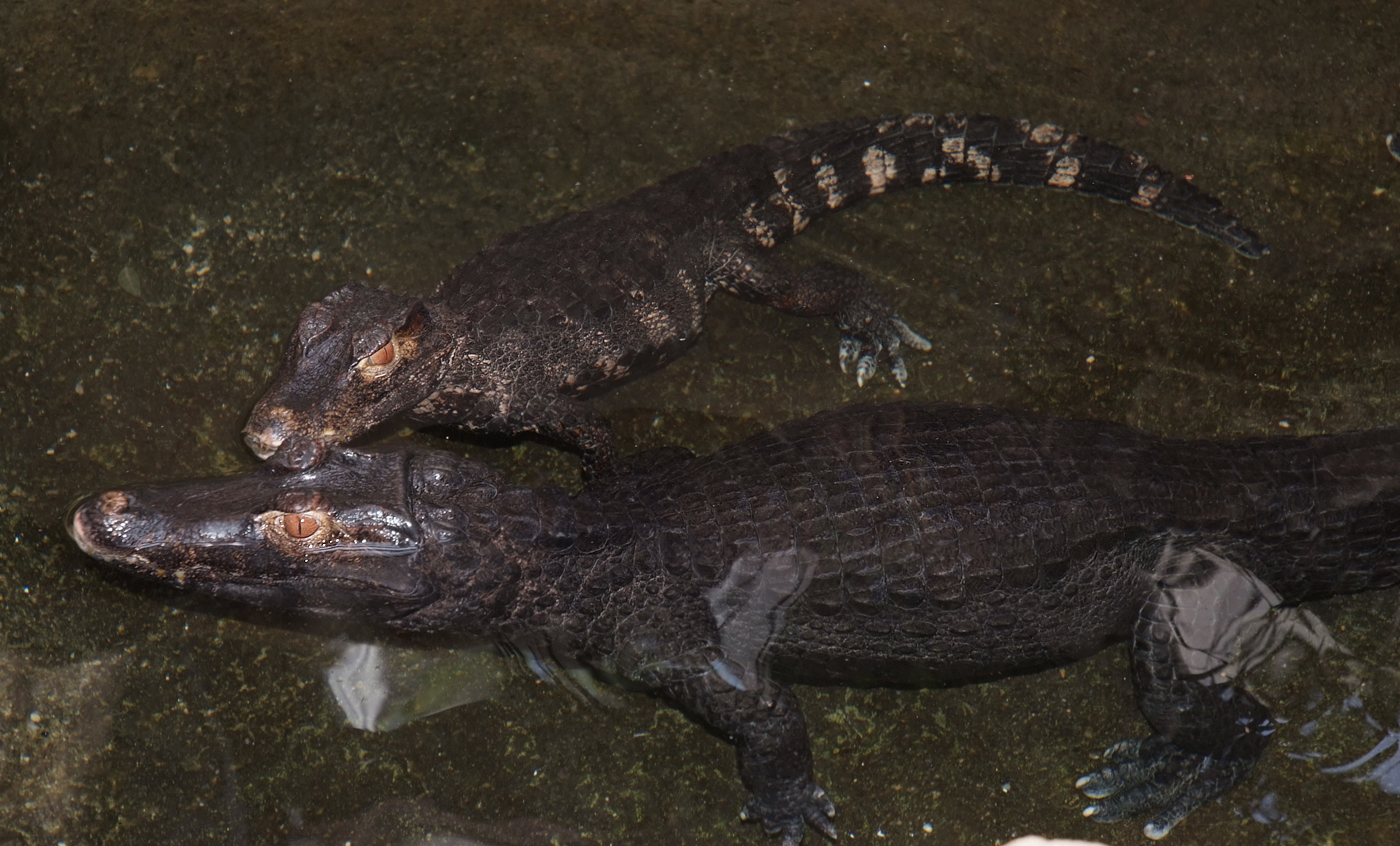 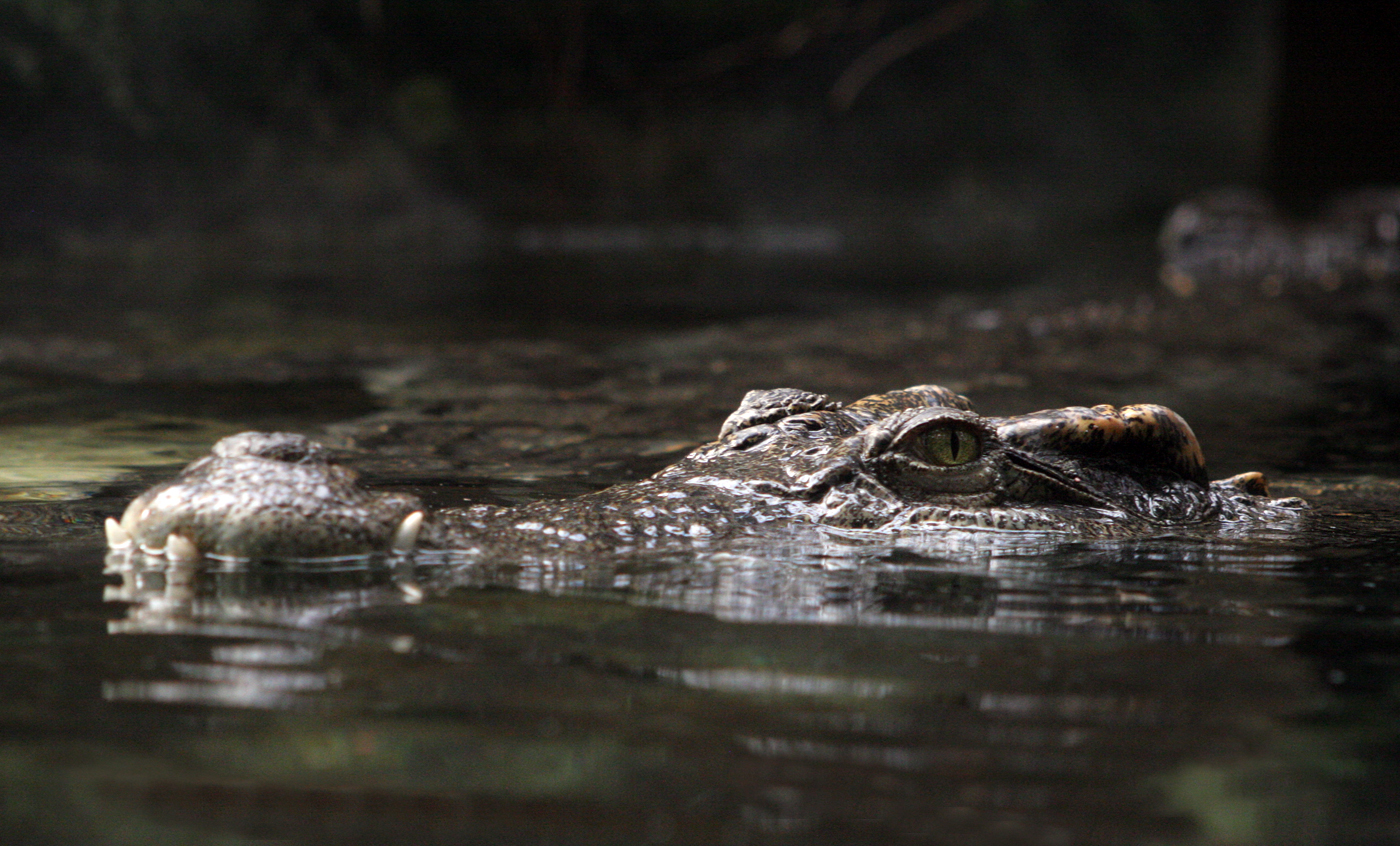