The spoonbill owes its descriptive name to the shape of its bill which it uses to filter the mud for small invertebrates to eat. Its diet also consists of fish and amphibians.

The European sub-species is restricted to a few nuclei in the marshes of Holland, southern Spain and eastern Europe. These areas are all that’s left of an originally much larger area of habitat, since it is currently in sharp decline. 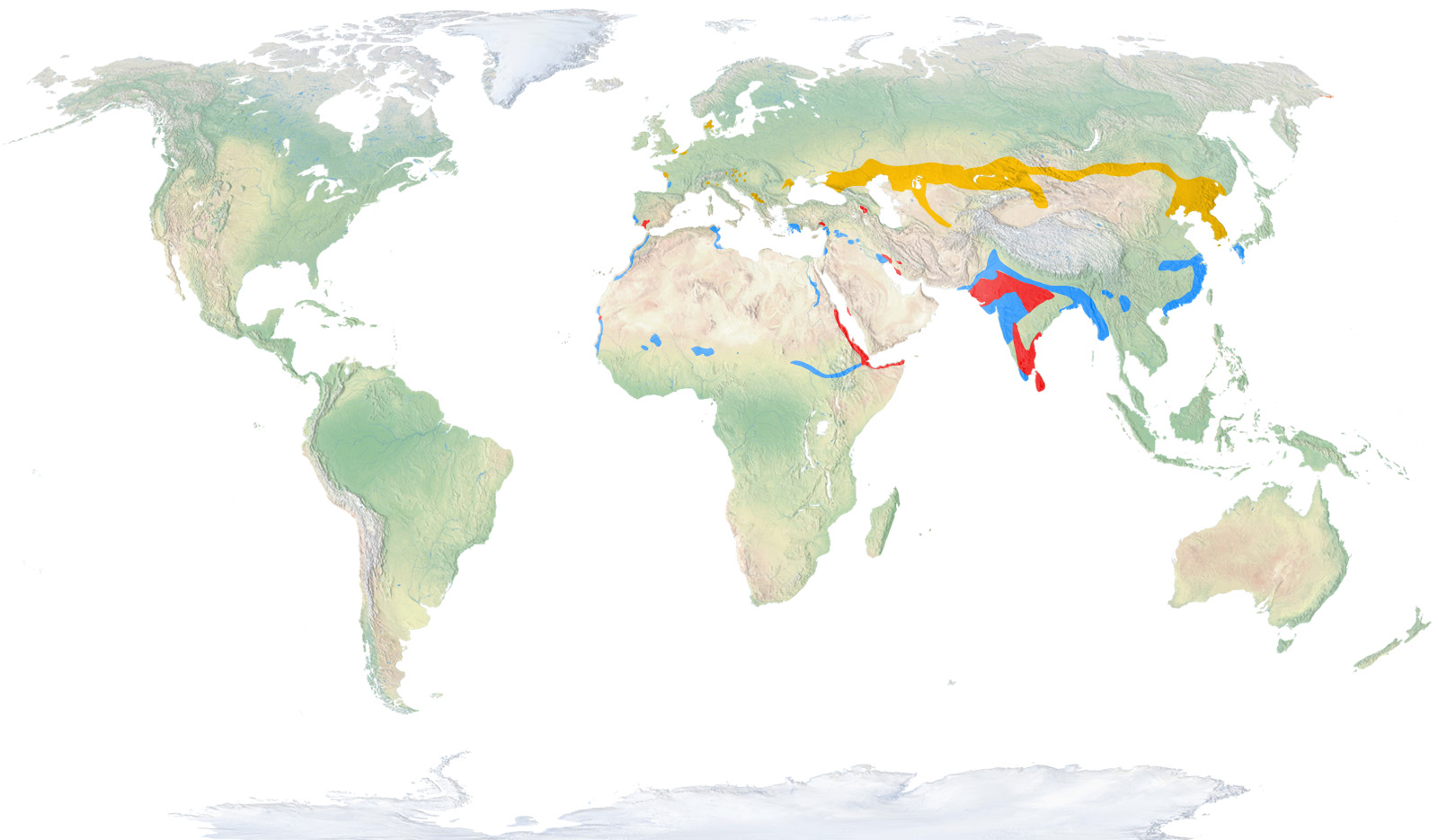 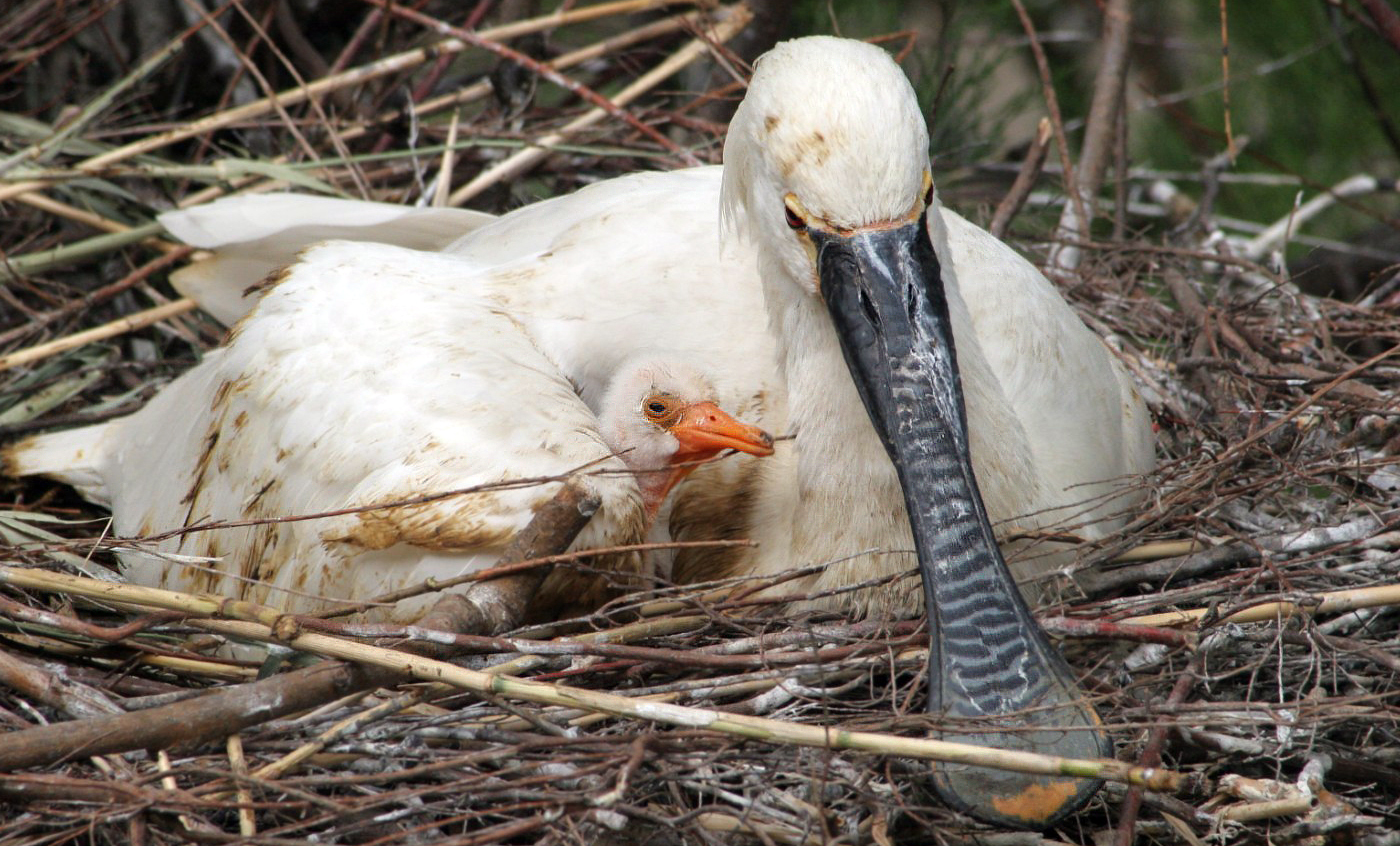 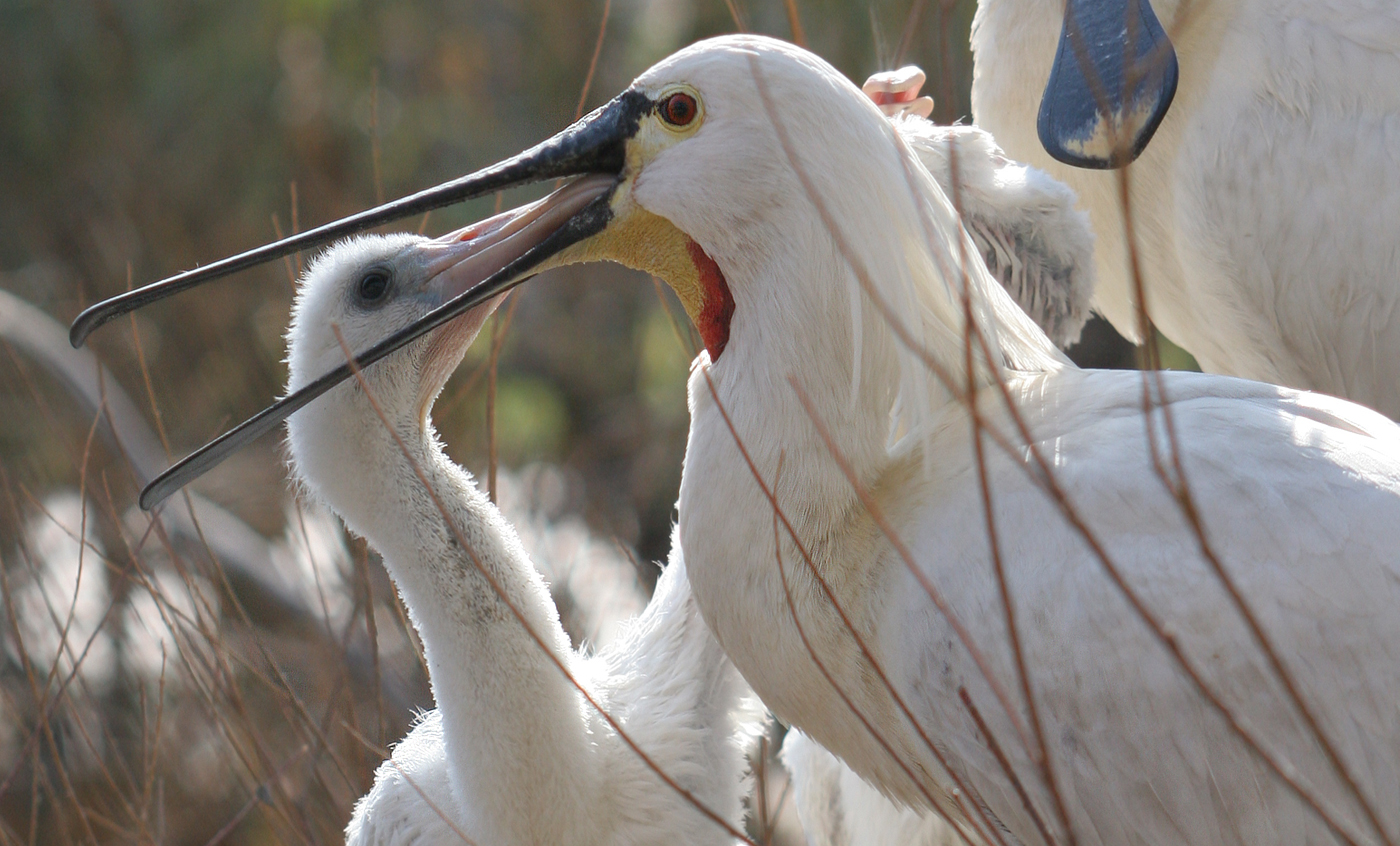 The name of this species refers to the distinctive shape of its bill. It resembles a great egret, although the shape of its bill is completely different and it is somewhat more robust and less slender. Its plumage is white and, during the reproductive season, adults display an impressive crest on the nape, a yellow breast patch and a yellow tip on the bill, whose colour intensifies with time.

It inhabits marshlands of arid and moderate climates.

Its bill is very specialized in filtering silt, where small invertebrates on which it feeds are found. It completes its diet with fish and amphibians.

It builds its nests in plants near marshlands, generally on the top of big trees such as pines, oaks and eucalyptus. It has a gregarious behaviour and often settles in breeding colonies, along with other species such as little bitterns or white storks. It builds its nest with branches and different plants, where it lays three to four eggs that broods for 24 to 25 days. Young spoonbills reach sexual maturity when they are three or four years old and live up to 30 years approximately.

It is a Palearctic species found from Europe to Japan, in northern Africa, the Persian Gulf, India and southern China. However, in many of these regions it merely hibernates. In Europe it only nests regularly in the Netherlands, France and Spain.

Most of the European population is migratory and spends winters in the marshlands of Mauritania and Senegal, although a small part of the species living in Spain always remain near breeding colonies, during cold months.

The most relevant Spanish population is located at western Andalusia (marshlands of Guadalquivir and Odiel, Cadiz bay and marshlands of Isla Cristina), although there are important concentrations in the Atlantic and Cantabrian coast, in areas such as in the Gernica and Arosa estuaries or in the Santoña marshlands.

After many years of population decrease, the last years the species seems to have recovered a little, despite existing habitat degradation, troubles during reproduction seasons or water pollution, which still represent a serious threat for the species.

In the Zoo of Barcelona, an important breeding colony can be visited in the facility Ocellera de Doñana. 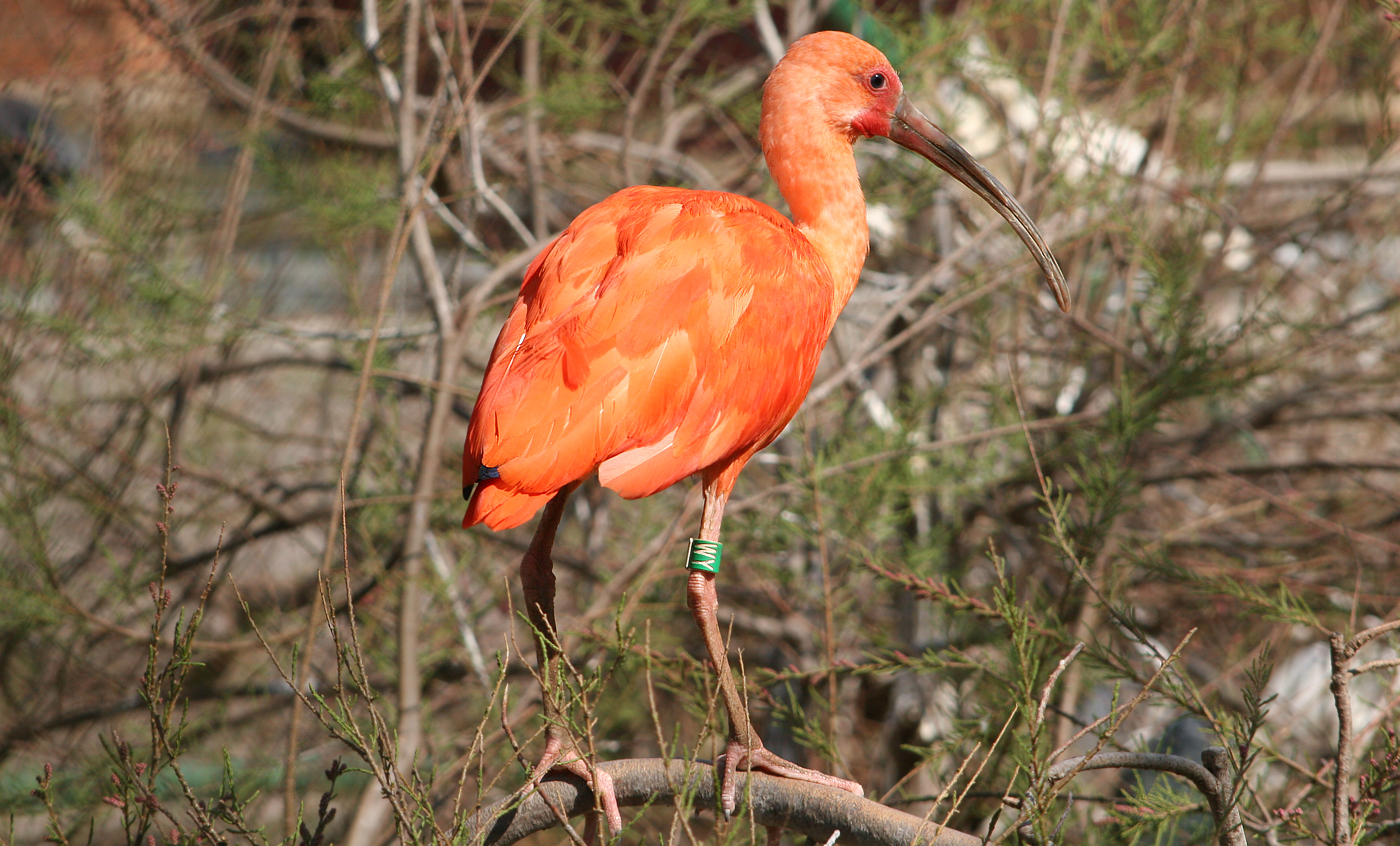 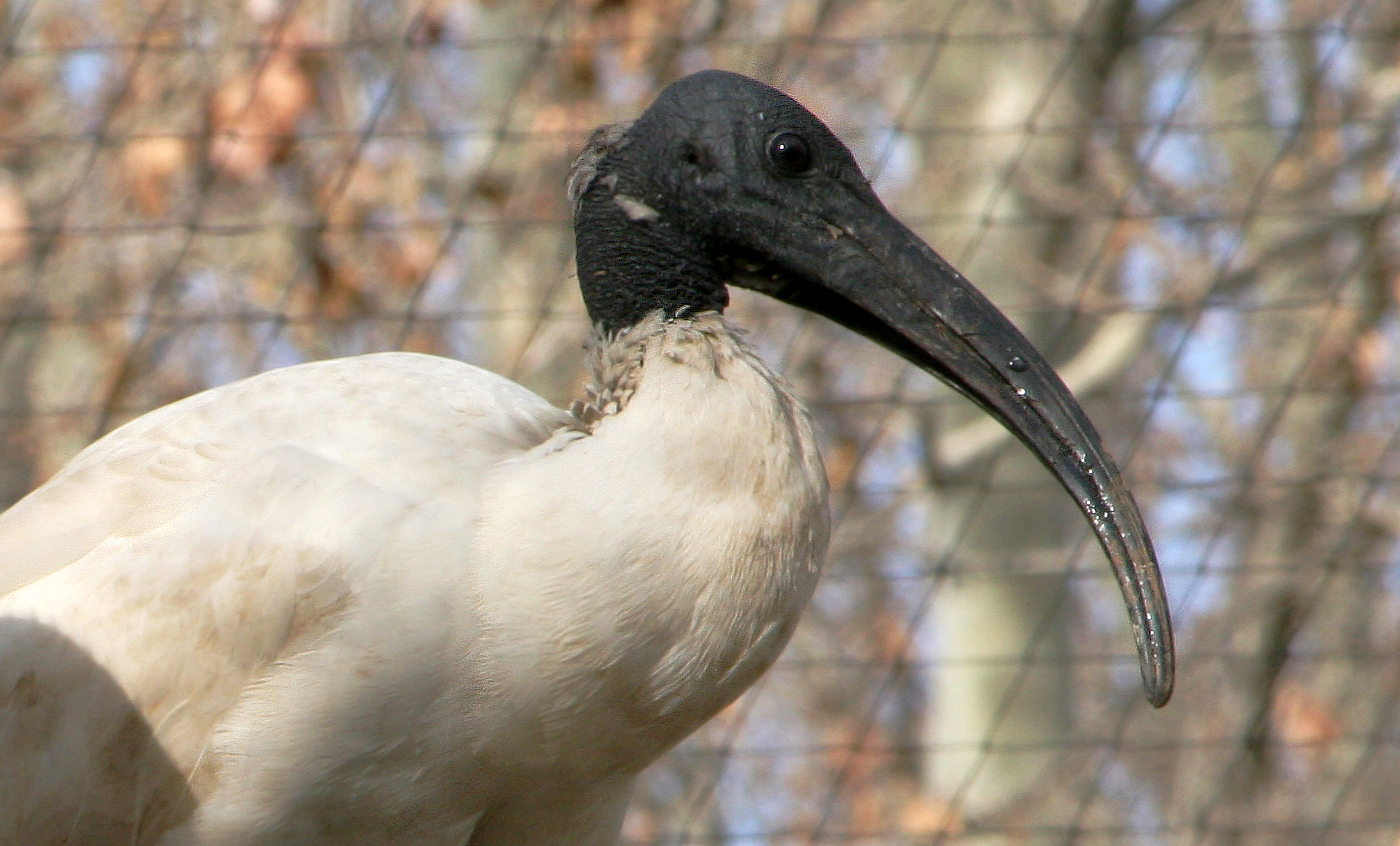 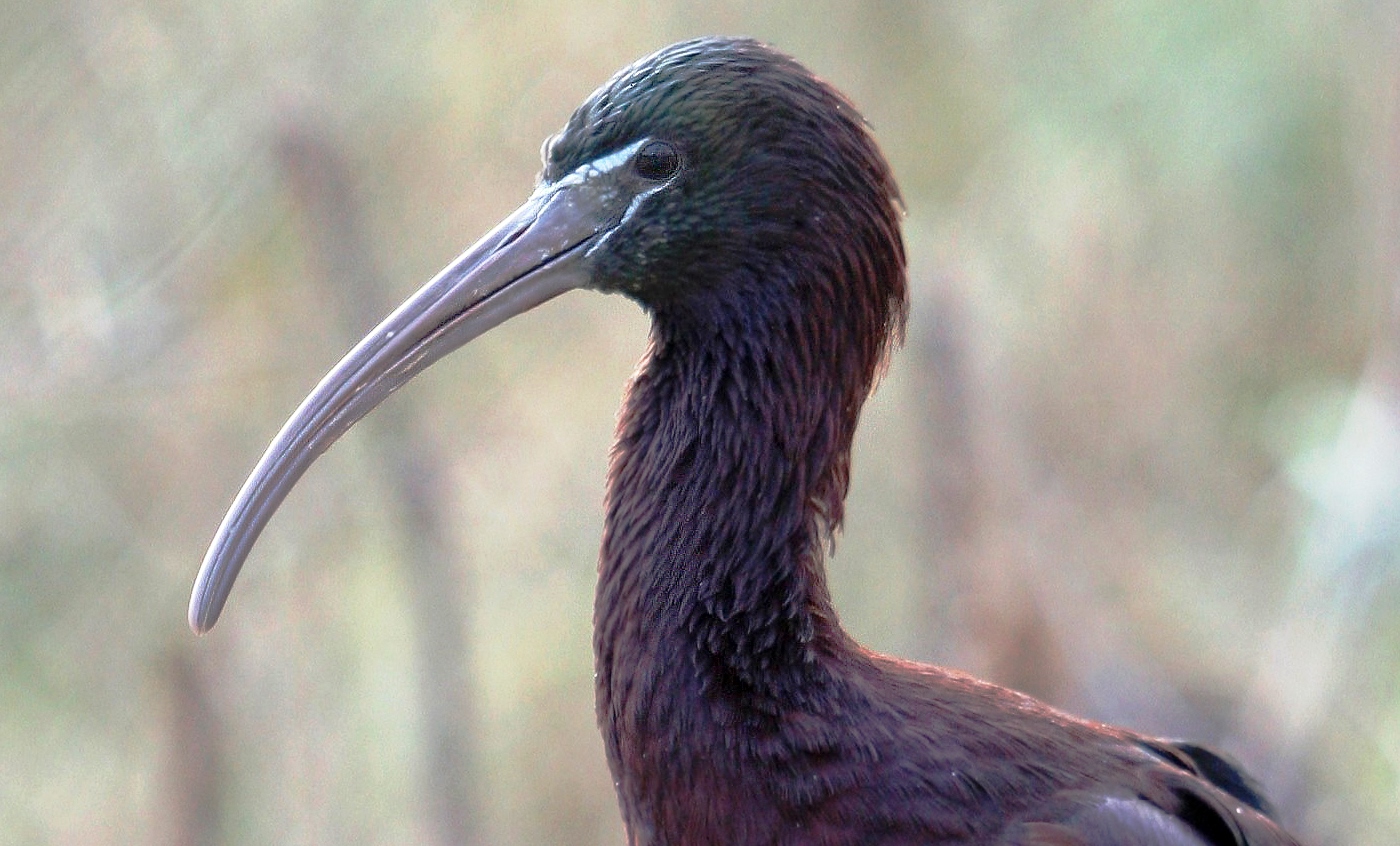