The Indian python, Python molurus molurus, is one of two subspecies of Python molurus that exist and its area of distribution includes India, Pakistan, Nepal and Sri Lanka. The other subspecies is the Burmese python, Python molurus bivittatus, which lives in southern China, east India, Myanmar, Indochina, Malaysia and Indonesia. It is much more corpulent than other python species, where a five metre specimen can weigh up to 90 kg. This is the famous snake depicted by Kipling in The Jungle Book. 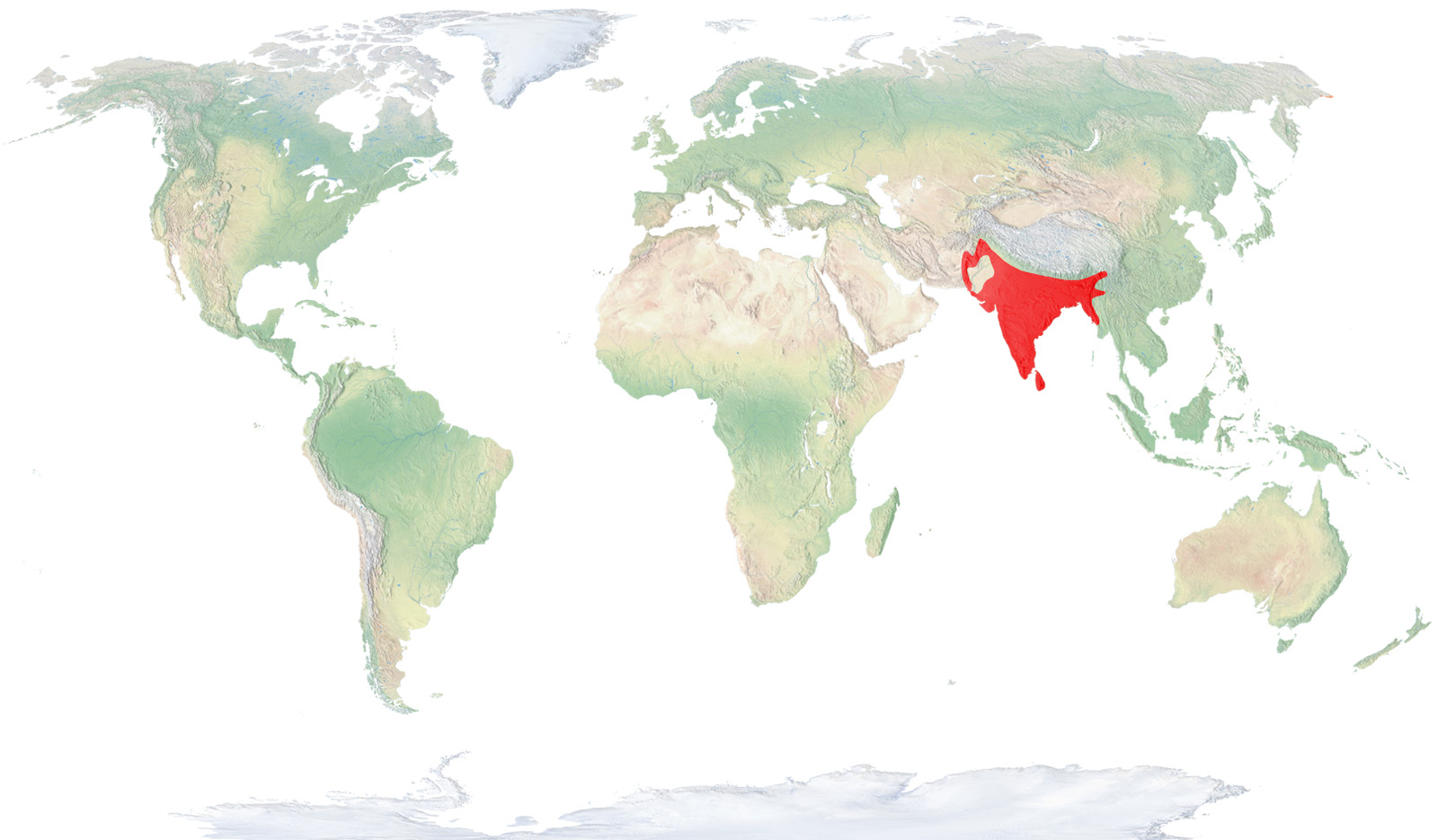 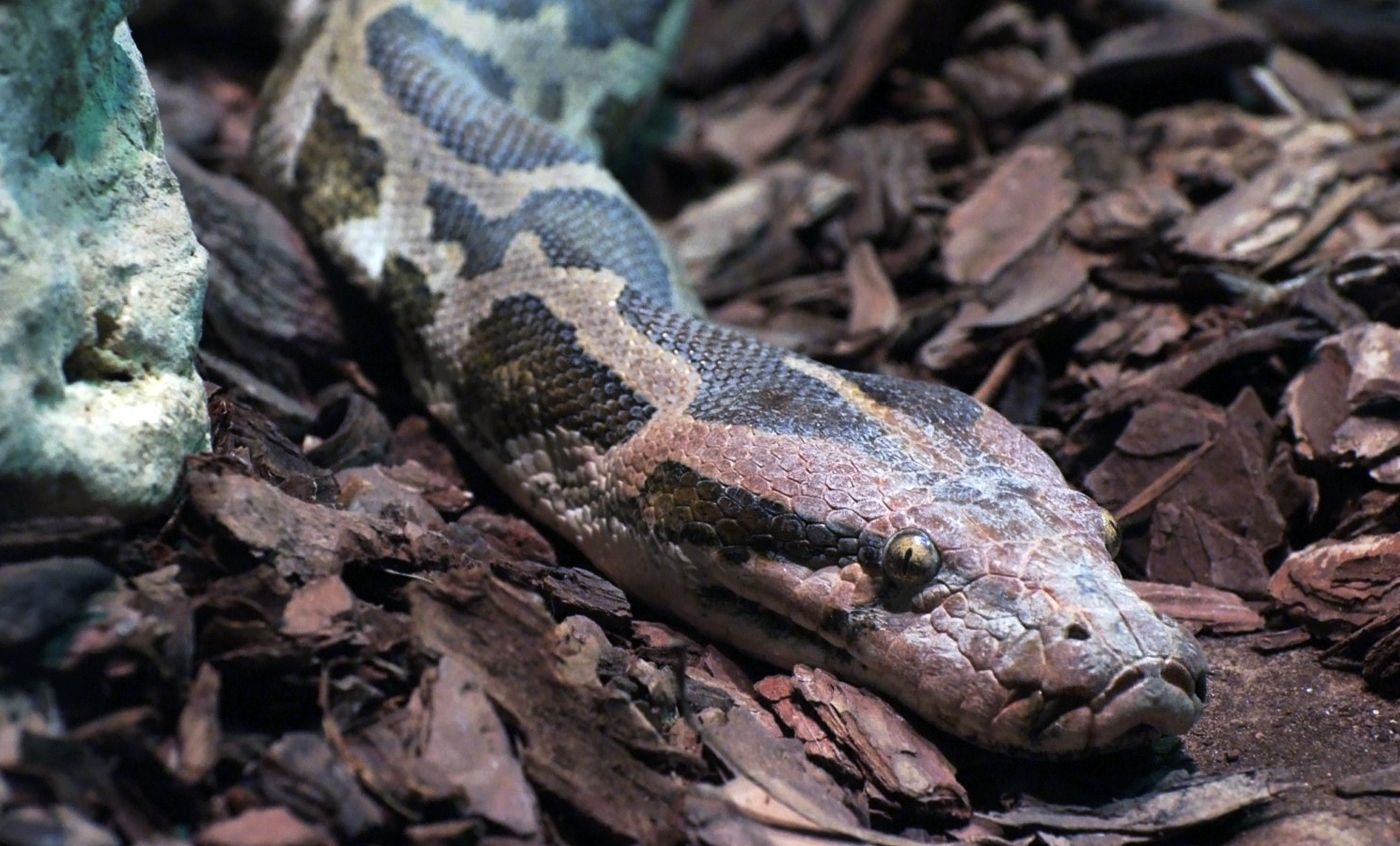 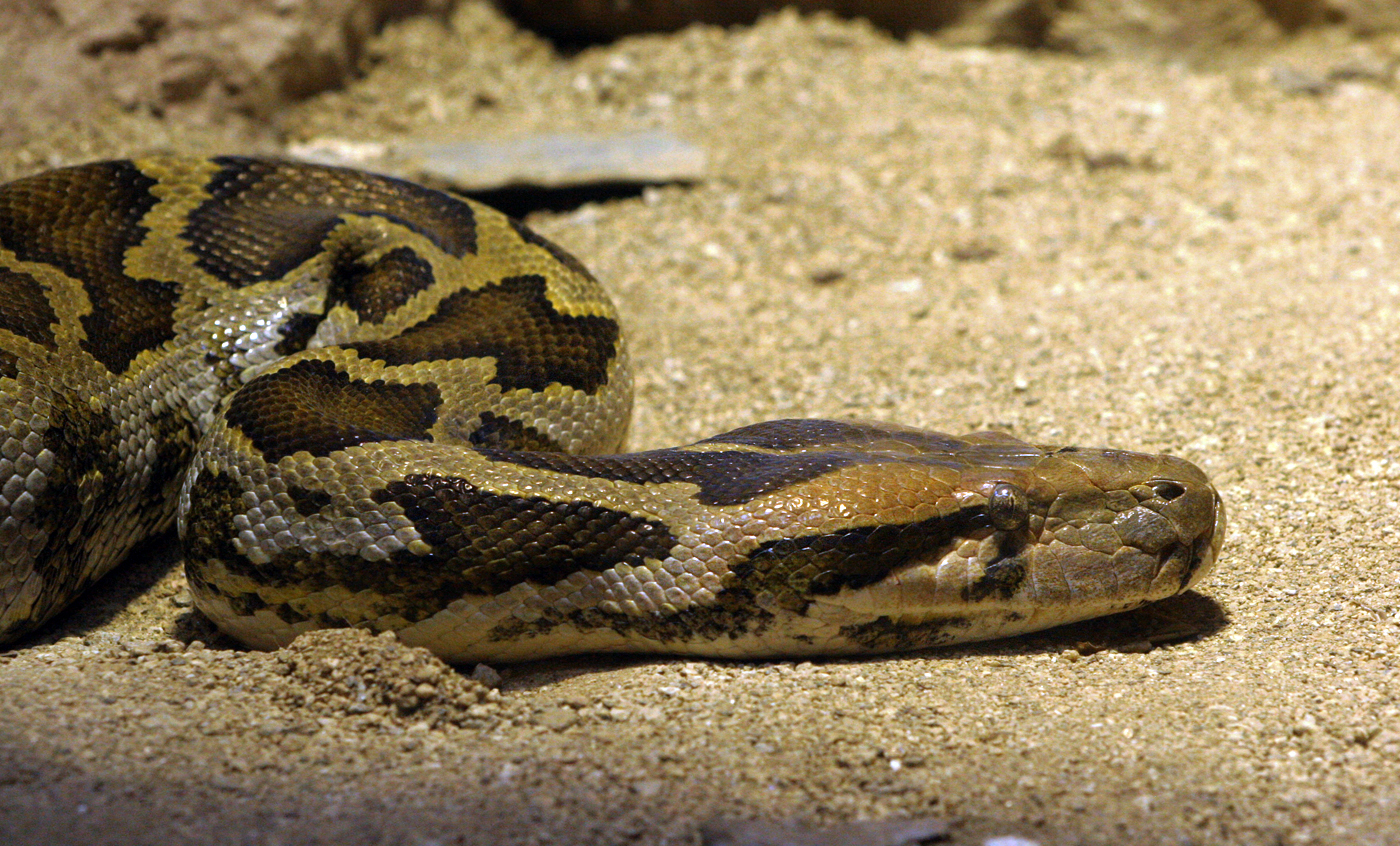 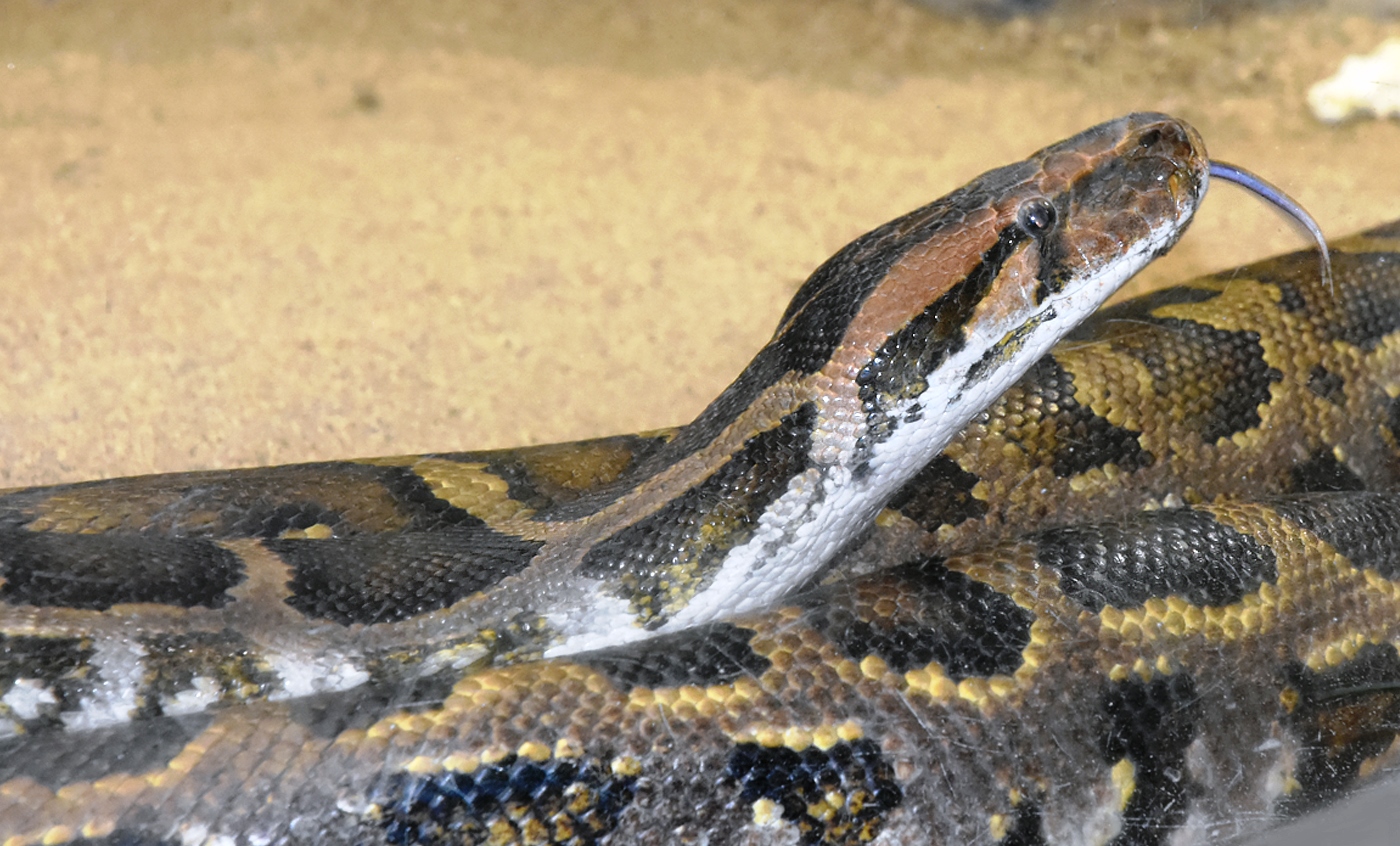 The head of the Indian rock python is relatively small with a stocky body. It has labial fossettes, and can be up to six metres long, although it is normally not more than four or five. It is light green with large irregular spots on its back. The sides and head have an inverted-Y pattern over a pink background. The head has a black pattern like a spear tip that starts at the neck and ends at the nose.  The end of its tail is prehensile.

This species can adapt to a large range of habitats, including marshes, swamps, jungles, rocky regions, rice paddies, riverbanks and close to small villages, but always near a permanent source of water.

Large predators, they feed on mammals, birds and reptiles. Large specimens can even eat animals as large as wild boar and young deer, although they prefer smaller prey, such as rat-sized rodents.

Depending on the female's size, the clutch can be larger or smaller, varying from 10 to 107 eggs, which the female incubates by curving her body around them. Continuous, visible muscle contractions increase the animal’s body temperature and provide a higher temperature when incubating the eggs, which lasts for two to three months. Babies measure some 50 cm long when they are born.

As an interesting fact for a tropical boa, populations in the north of their area of distribution hibernate for a short period of time. Like all boas, it is not venomous and kills prey by constriction, wrapping around them.

The main dangers to this species are the destruction of its habitat and overhunting for human food and for their skins, highly valued in the leather trade. 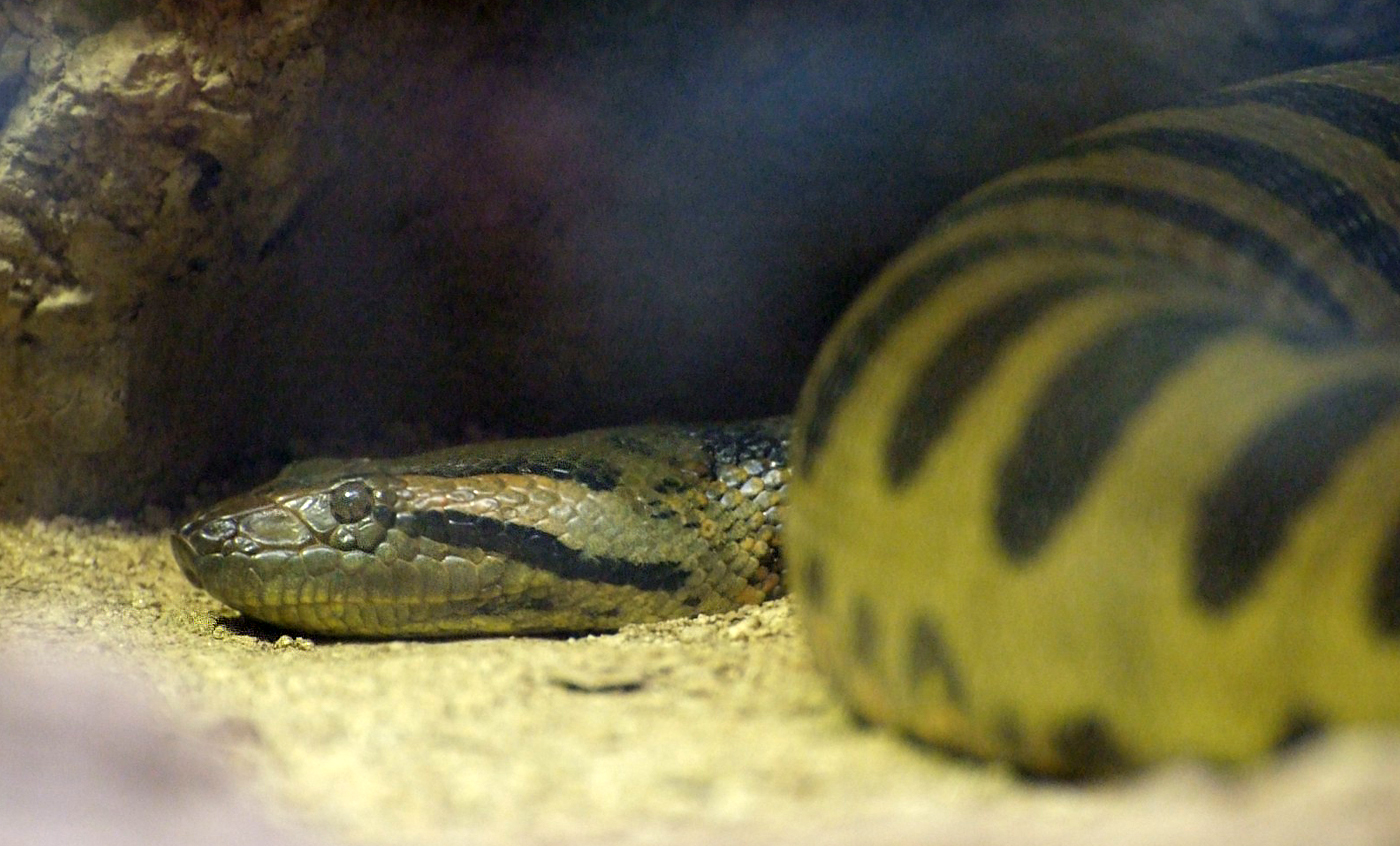 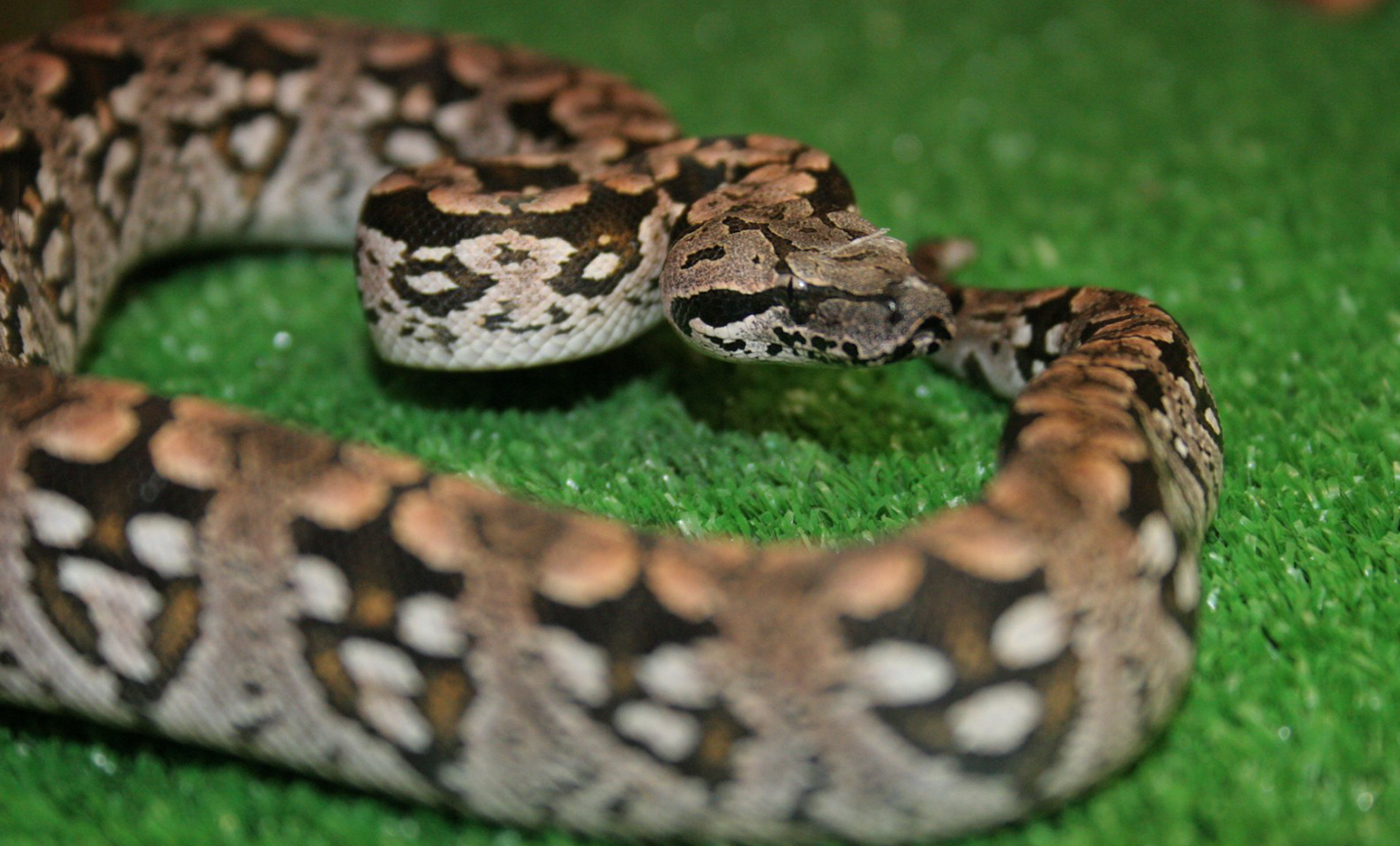