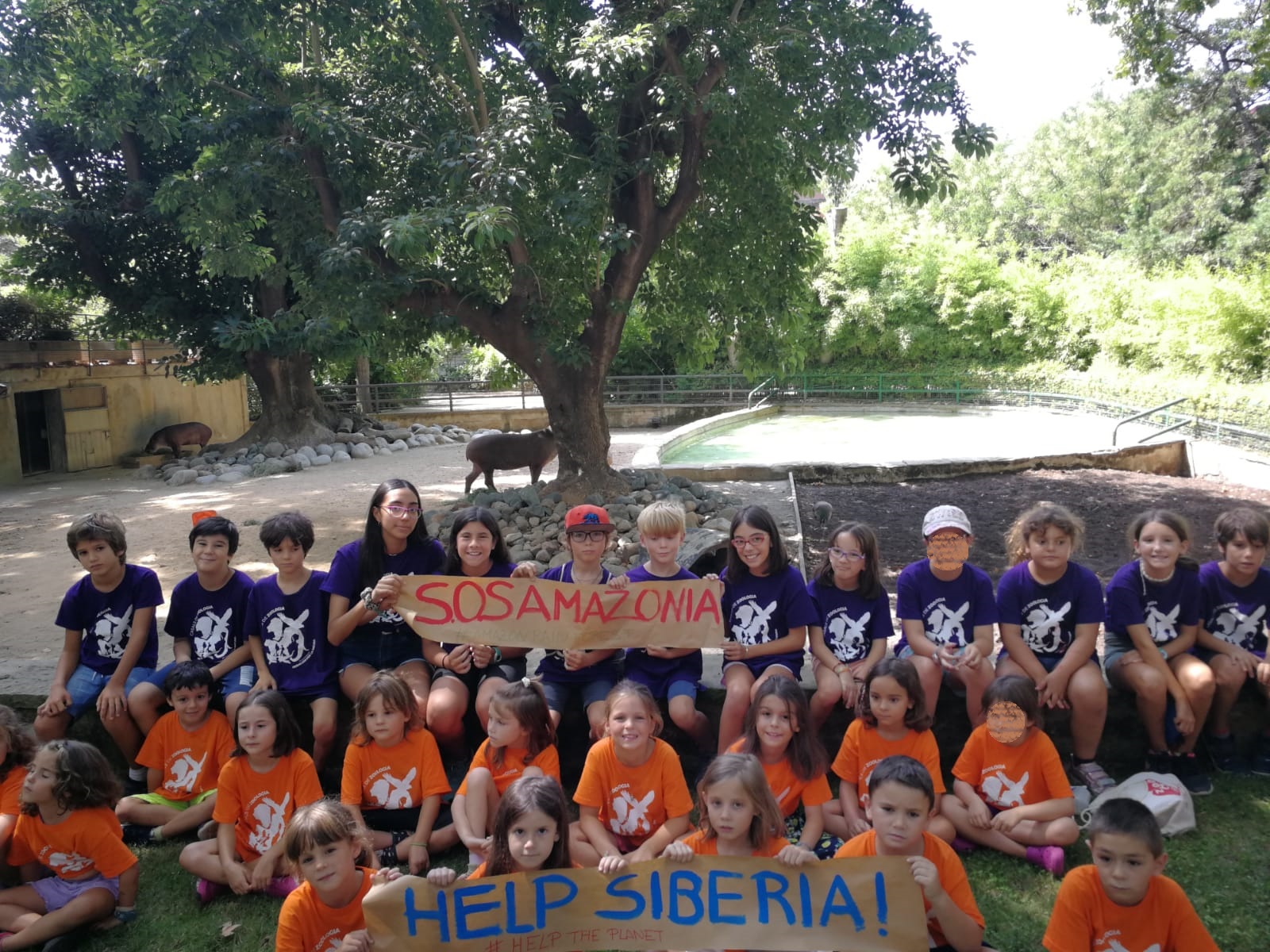 Following the events of the environmental problems that have occurred in recent days, as we make the  camp: "Around the world in 80 species" we have traveled to see the Amazonian tapirs of the Zoo to discuss the fires caused in the Amazon, your home.

We have explained the great loss of biodiversity, both of animals and plants of the jungle that are disappearing. And not only that, also the tribes that live there.

The saddest thing is that they are fires caused by some humans that give more value to the money than to the life and the oxygen they produce. This also happens in Siberia.

It is something that affects us all!.

We also talked about the fires that have happened in our house, in Valencia, in Galicia and in the Canaries.

We want and we can change things!