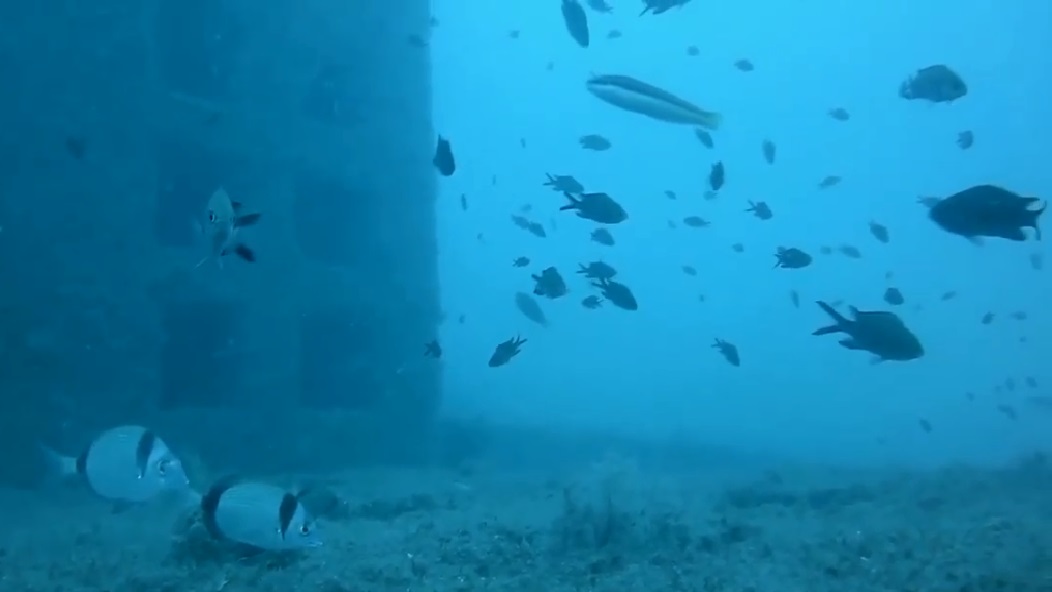 2003 saw 365 artificial concrete structures installed along the coast of Barcelona to help restore its environmental quality and increase the marine biodiversity of the city’s coast. Barcelona Zoo has been carrying out scientific and technical monitoring over the last few years through its Foundation, thereby helping to improve the marine ecosystem in Barcelona's coastal area.

The project came about from a proposed general restoration of the Besòs coastline, following improvements to its sanitation system (remodelling the Besòs treatment plant, environmental recovery of the final section of the River Besòs, construction of rain-water reservoirs and so on). The environmental quality of both the marine waters and the coastal seabed presented a great opportunity for improvement linked to environmental uses and services of this marine environment.

Sixteen years on from the purposeful sinking of the artificial reefs, native plants and animal species have been protected, the diversity of marine organisms living there has increased, the area's traditional fishing activities have improved, the marine ecosystem has been made known to the city’s residents and support has been given for researching the marine bed as a scientific testing-ground platform.

Barcelona Zoo has been carrying out scientific and technical monitoring throughout this time which has enabled them to observe the evolution of the of the colonisation of the various species found there, such as algae, sponges, soft corals, anemones, flat oysters, the common octopus, the spiny lobster and many species of fish, such as the scorpion fish and the comber. The reefs have also enabled observation of the effects of the dynamics of the marine currents and storms on the coast.

The creation of the Parc dels Esculls and its study and subsequent monitoring have ensured the improvement of the coastal underwater habitat with the proliferation of a large diversity of marine organisms. One of the challenges typical of the New Zoo Model is the creation of the Marine Biodiversity Conservation Centre, which will continue with this work and help to ensure to the preservation and conservation of threatened species and native and Mediterranean animals. In addition, it will also work to boost nature research and projects that improve the environmental situation, as well as intensify its awareness-raising and educational tasks.

Location and features of the Parc dels Esculls

The Parc dels Esculls is located in the area bounded by the new mouth of the port of Barcelona and the underwater jetties of the Bac de Roda water collector, covering some 11 square km of seabed where a total of 365 underwater structures have been installed.

The reefs are artificial structures which are constructed in the form of the natural rocky seabed by piling up a diverse range of modules with a rough texture, to encourage their colonisation by various marine species. Besides encouraging biological diversity, the artificial reefs are designed to protect the area's resident organisms from illegal fishing.

The biodiversity housed by the Parc dels Esculls

The organisms that are found attached to the artificial structures at the Parc dels Esculls occupy any colonisable surface exposed to contact with the seawater. The extent to which plants and animals can cover all the submerged structures is currently above 100%, as several layers of organisms are located on the rough, concrete, artificial substrate.

The organisms that live there are distributed according to their exposure to light and type of food. The algae are located in the upper part of the reefs, that is, where there is most light. The vertical walls are mainly home to filtering organisms which feed off substances suspended in the water: soft corals, European fan worms, mussels and so on. Other organisms are distributed around the filtering organisms feeding directly from them, such as the common octopus, which is a shell-less mollusc that lives in caves and dens. The nudibranchs, a large family at the Parc dels Esculls, are also shell-less molluscs, a type of sea slug, which can adopt a diverse range of forms, sizes and colours. In relation to other places along the Catalan coast, the Parc dels Esculls is also home to a large number and diverse range of nudibranchs.

Other well-known species such as the flat oyster, the common octopus, the spiny lobster and the comber are inhabitants of the Parc dels Esculls and are expected to see their populations grow over the coming years. One of the fish that has best integrated into this habitat is the scorpion fish, which lives in close contact with the rocky bed and mimics its surroundings very well.

The next step will be the creation of the Marine Biodiversity Conservation Centre to continue ensuring the preservation of the marine organisms and to raise awareness of the Mediterranean habitats under threat.