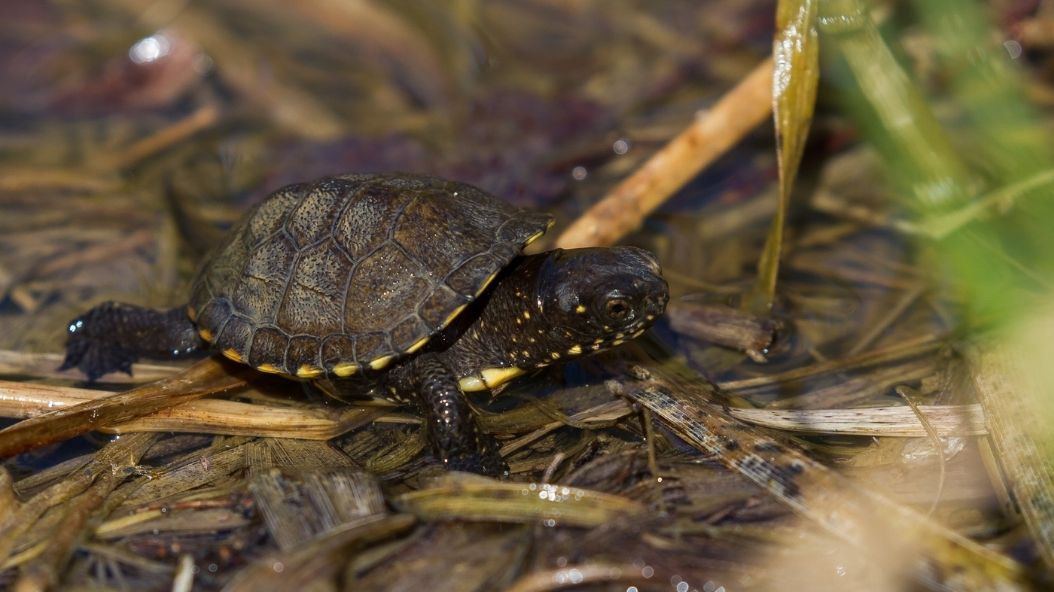 The Zoo has been working with the authorities for several years to conserve our region’s native turtles and tortoises. Human pressure on their habitats, the arrival of exotic species pushing them into a corner, their use as pets and climate change are among the diverse factors that have been causing a decline in the populations of these shelled reptiles that have always aroused people’s curiosity and sympathy.

2020 has seen the Zoo continue its efforts to preserve the Mediterranean pond turtle (Mauremys leprosa) and Hermann's tortoise (Testudo hermanni hermanni) by raising members in the Zoo intended for boosting populations in Catalonia’s natural habitats, and through grants from its foundation. It has also helped to conserve a third native species, the European pond turtle (Emys orbicularis). You can see this year's baby turtles and tortoises, still pretty tiny, in the Terrarium! 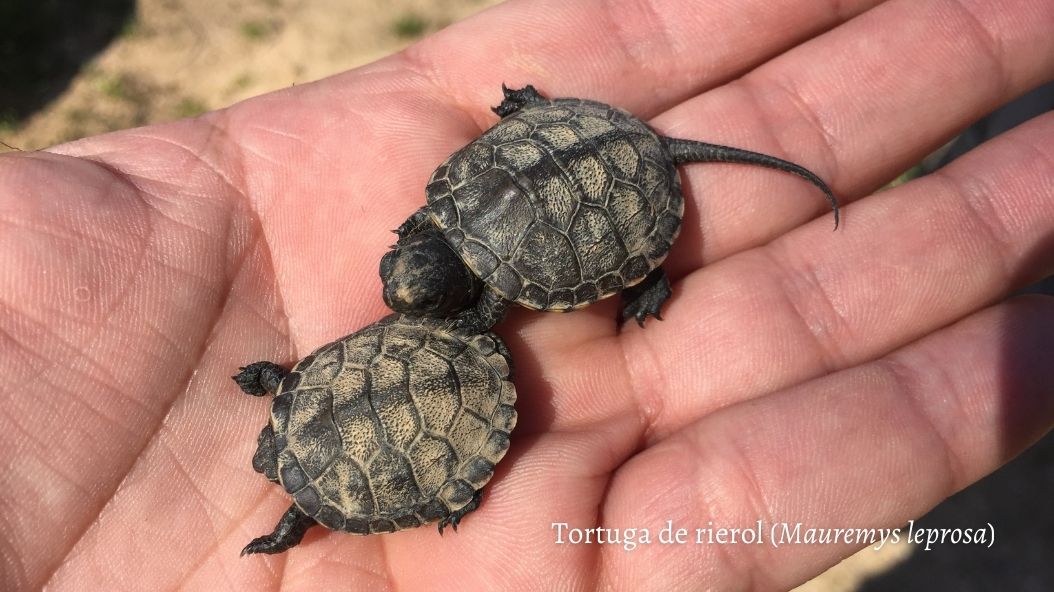 The western Hermann's tortoise is one of Catalonia's most endangered animal species, which the zoo has been rearing in its facilities for many years now. By the second half of the 1980s we were already actively collaborating in the first repopulation of this species in the Punta de la Banya, in the Ebro Delta. With members that were mainly born in the Zoo, a population was established there which is still in good condition to this day. In 1991 the Catalan government began work on a plan to reintroduce the Hermann's tortoise into the Garraf and other mountain ranges in the region, such as Montsant, which was made official in 1996 following the signing of a collaboration agreement with the Directorate-General of the Natural Environment of the Catalan Ministry of Agriculture, Livestock, Fisheries and Environment. From 1998 to this day, over two hundred turtles and tortoises born in the Zoo have been earmarked for reintroduction. Every year, in the autumn, the Zoo gives its baby Hermann's tortoises to the CRARC (http://www.crarc-comam.net/). The 14 tortoises born in the Zoo this year (2020) were released this Friday on the Montsant mountain range. This is the first time that our tortoises are being incorporated into the population in this area. We hope they adapt well!

The rearing of the Mediterranean pond turtles at the Zoo is the result of an agreement signed in 2005 with the Llobregat Delta Natural Spaces Consortium (www.deltallobregat.cat) under which the Zoo will maintain a group so that their young can be used for repopulating the delta's natural spaces, where the species is particularly in decline owing to competition from re-introduced species (such as the red-eared terrapin). Since the start of the collaboration, we have released members of the species born in our facilities on two occasions, a total of 16 female baby tortoises born to 12 others owned by the Catalan government and taken from the CRARC (Amphibian and Reptile Recovery Centre of Catalonia) which are part of the Zoo's breeding population. Before they are prepared for the return to their habitat, the babies have to grow a bit and it takes them two years to reach a suitable size. The Mediterranean pond turtle is classed as vulnerable in the Red List of threatened animal species by the International Union for Conservation of Nature (IUCN).  It was once found all over our region, but its distribution is now more limited and it is only found in Les Alberes, in the deltas of the Ebro and Llobregat, in the Aiguamolls de l’Empordà and in a few interior river basins. Sixteen members of the species were born in the Zoo between 2019 and 2020. 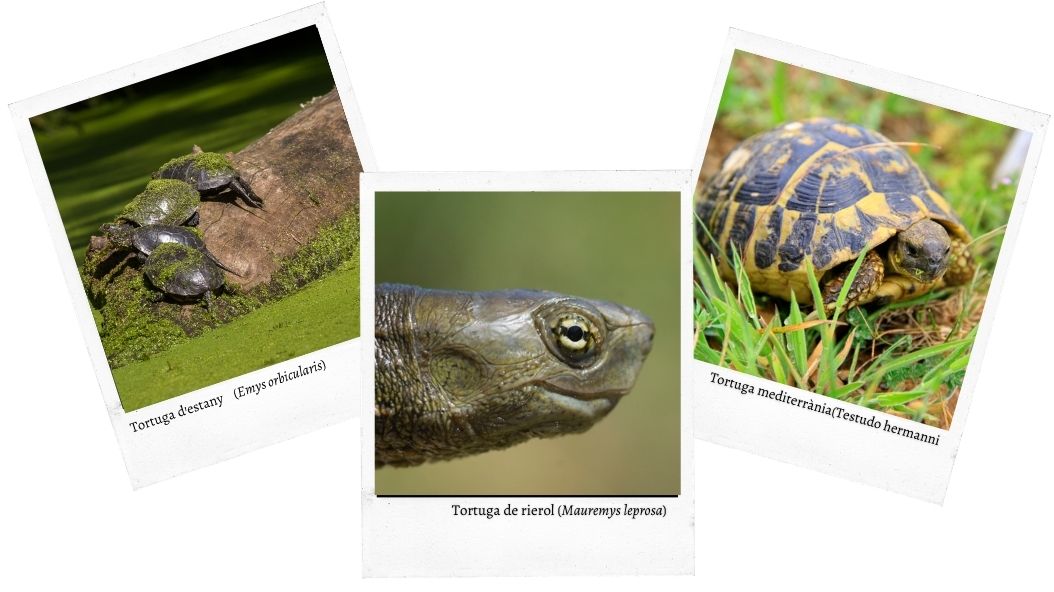 The European pond turtle (Emys orbicularis) is in a vulnerable state throughout the Iberian peninsula. Its populations in Catalonia are very fragmented and its situation is critical. The best conserved population is found on the Selva Plain (Riudarenes) where the ADEPAR Association, today the Emys Foundation, has been working to protect it for more than 30 years (https://www.fundacioemys.org/). 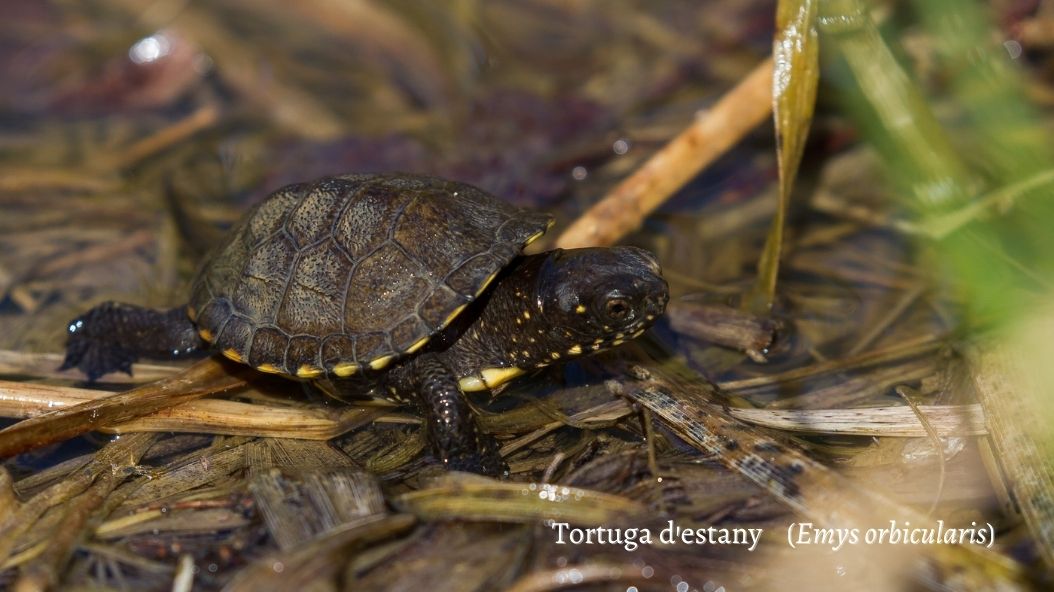 The foundation recently launched the EMYSTRACK project, with support from the Barcelona Zoo Foundation, to carry out an exhaustive monitoring of the existing population on the Santa Maria river (Caldes de Malavella) and compare it to the Riudarenes population, to expand our knowledge of how it operates and study possible connections between the two populations.  The study will help us to implement efficient initiatives for preserving the largest populations of Emys orbicularis in Catalonia.  In 2017 the Barcelona Zoo Foundation supported a University of Girona project for studying the ecology of this species and its requirements throughout its life cycle, to help ensure the feasibility of the re-introduction projects. The Zoo also aims to launch a European pond turtle breeding group in the future in its facilities to help boost wild populations where necessary.

If you come across a turtle or tortoise or any other animal in the countryside, please leave it alone, provided it has not been injured. Its place is in the natural environment and you won’t be doing it any favours by moving it, no matter how good your intentions are!