This deer, native to China, is adapted to live in swamp areas, as its hooves are large and spreading, which help it walk on mud without sinking its feet into it.

It was considered extinct, until missionary Armand David found a small herd in the gardens of the imperial palace of Beijing on 1865. Some specimens were sent to different European zoos, where they bred and, eventually, on 1986 the species was reintroduced to its native country. 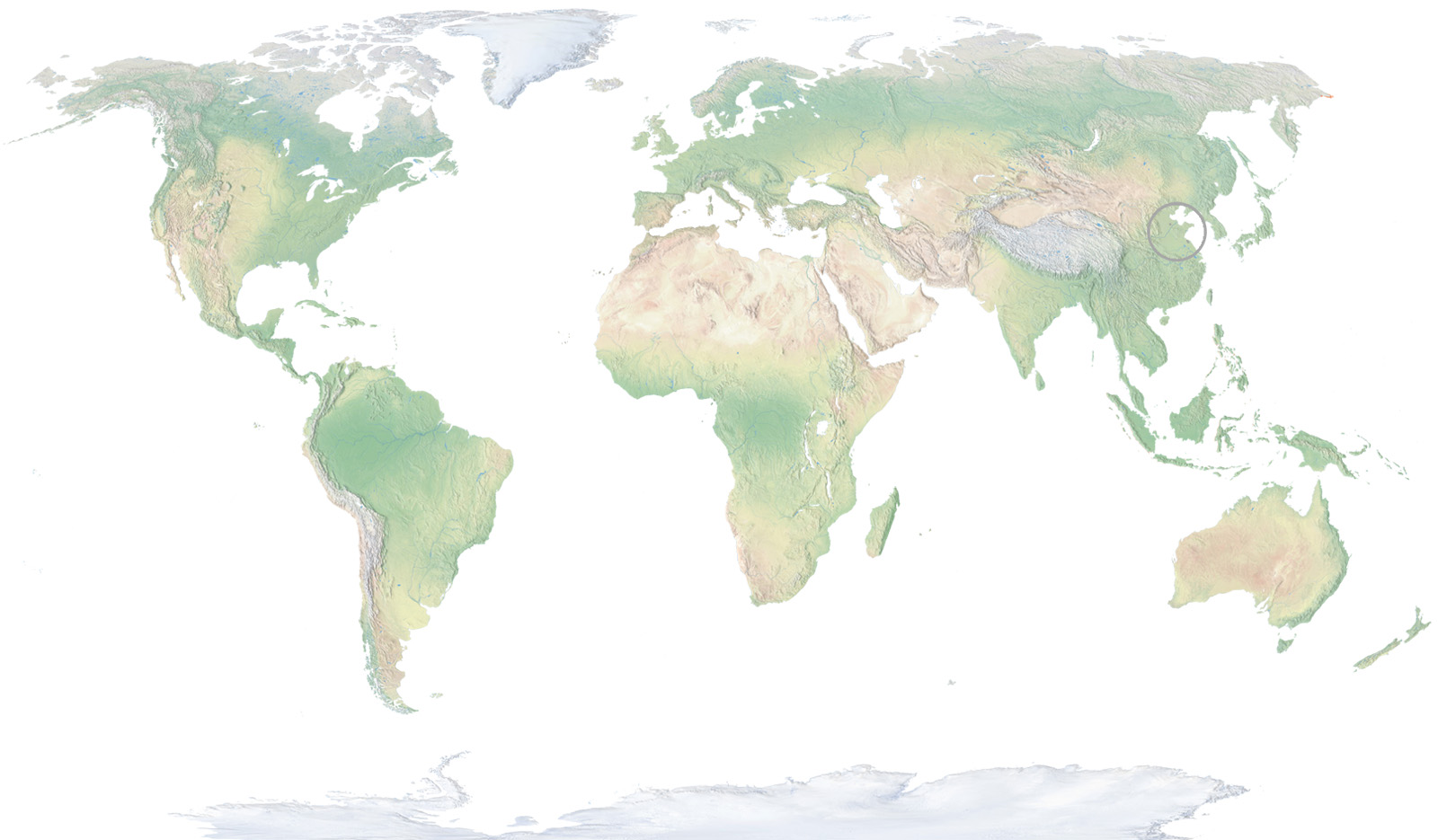 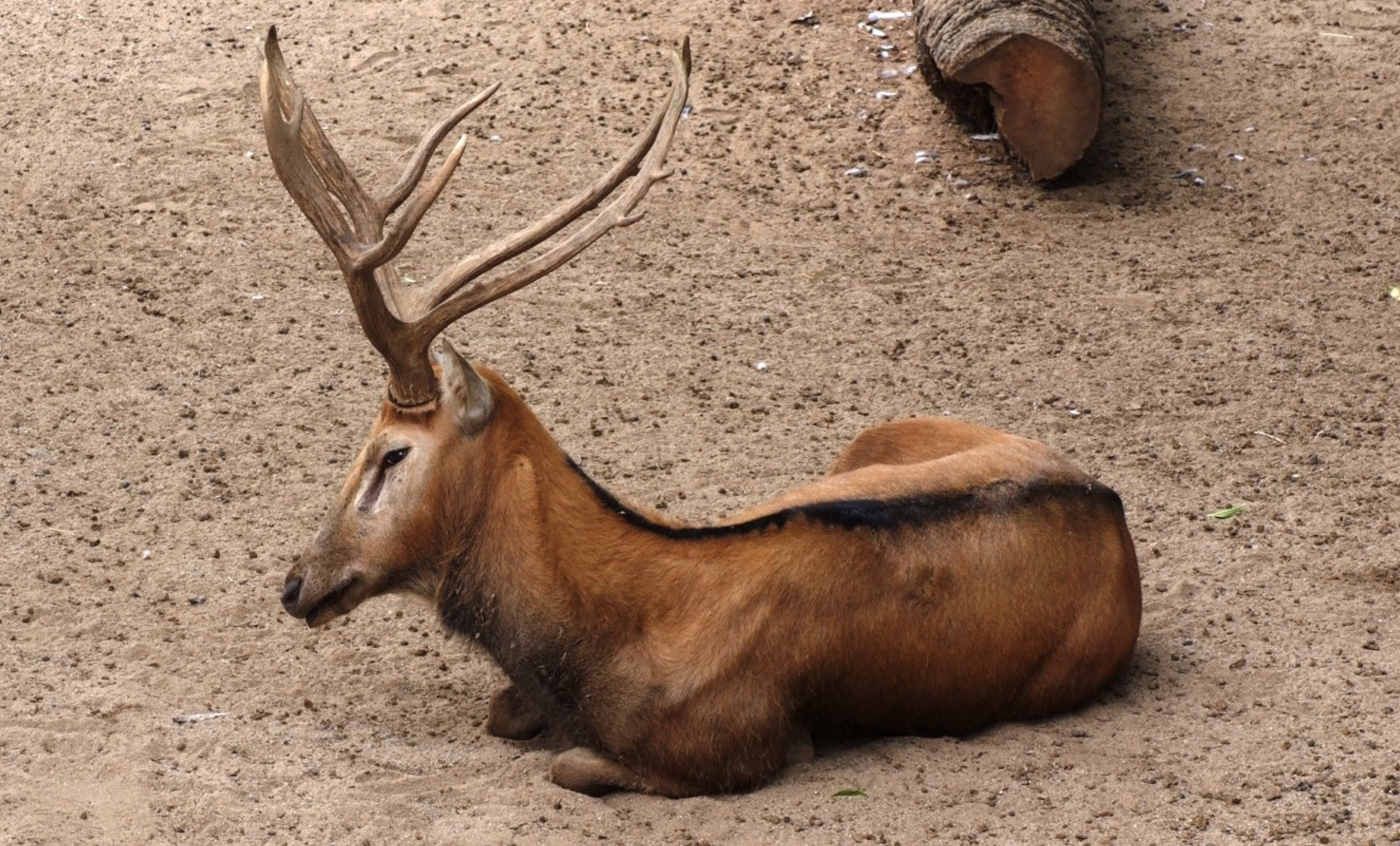 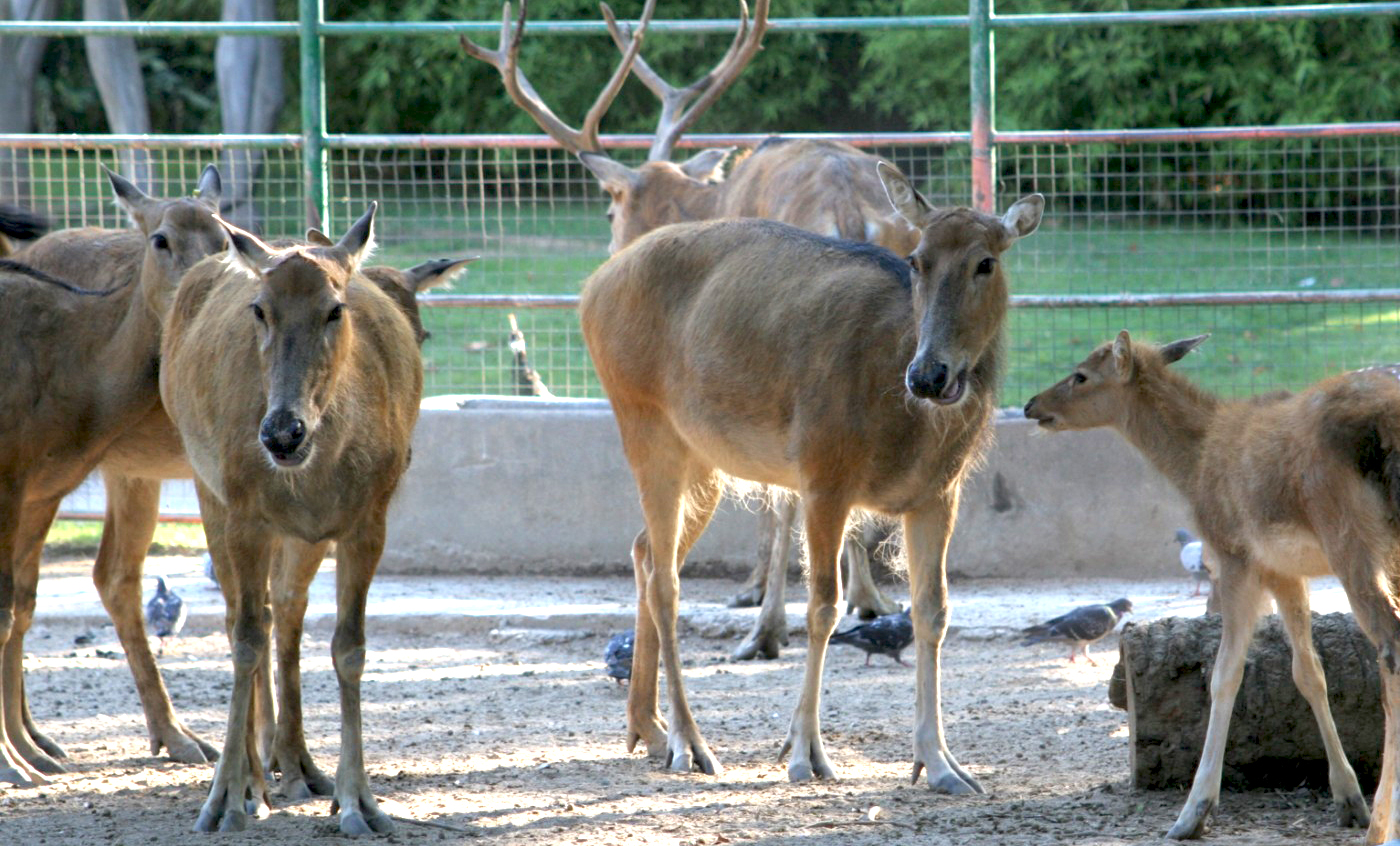 This large deer is characterized by its long legs ending in large and spreading hooves, that help it walk on mud without sinking its feet into it, by its long head and snout and by its small eyes and ears. Its tail is considerably long and its antlers, only present in females, can reach up to 80 cm long. Its coat is reddish brown during summer, but it becomes grey at winter.

It mainly feeds on grass, but if its availability is low, it completes its diet with aquatic plants.

Its reproduction is like the one of most deer, with harems and fights between males. Gestation lasts for about nine months and generally a single calf is born each time.

It is a diurnal species, active during the early morning and at dusk. It has a social behaviour; males and females form separate herds that gather during the mating season. It is a skilled swimmer and likes to spend much time in the water.

The history of the Père David’s deer is quite uncommon: it used to live in the flooded plains of northern China until crops spread along the area and the species completely disappeared in the wild. Western science considered it extinct, until the missionary Armand David found a small herd in the gardens of the imperial palace of Beijing on 1865. Some specimens were then sent to the Woburn park, in England, and after a short time the ones remaining in China died.  From the small group in Woburn, other Père David's deer were sent to different parks and zoos around the world, the Zoo of Barcelona among them, where they started to breed, until 1986, when a small group was finally reintroduced to their natural habitat in China, for the first time after more than 100 years. Since then, more have been freed in different Chinese protected spaces and nowadays there are up to four wild populations, with a total number of 600 animals.

This is, therefore, a clear example of the important role of zoos in the conservation of endangered animal species, who, like the Père David's deer, would not exist today if it were not for the task carried out by these institutions. 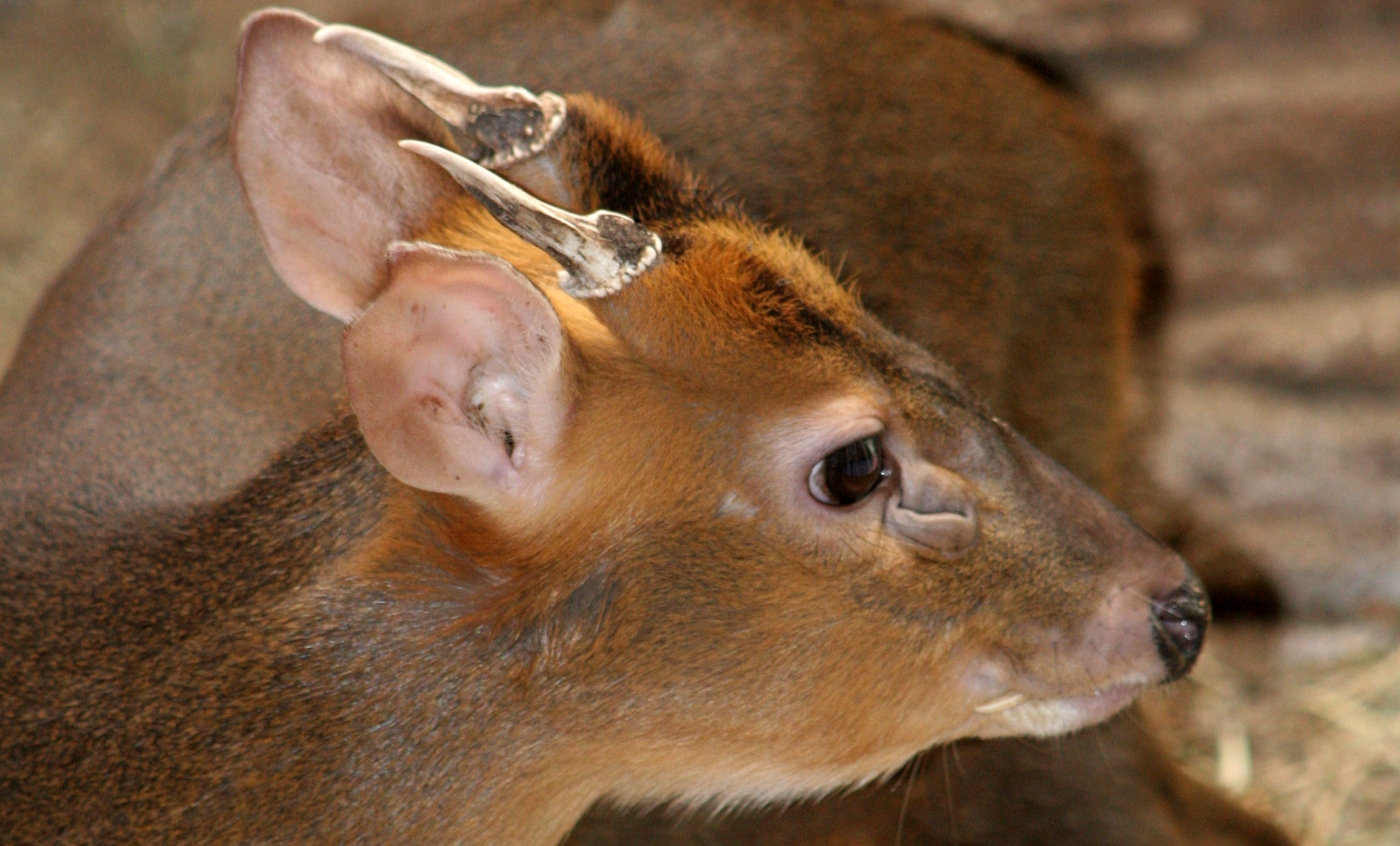 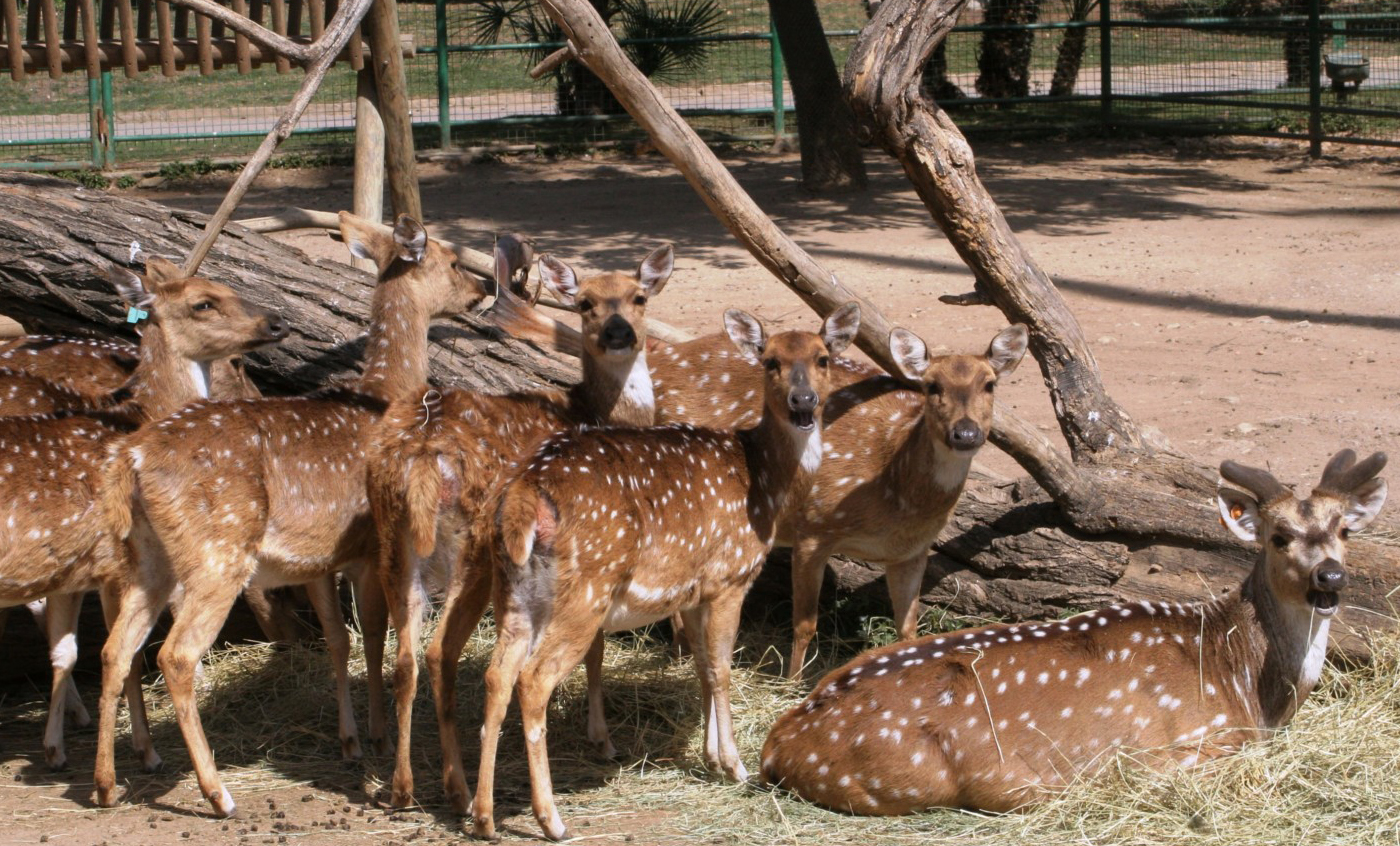