A tour through the sculptural set of the Zoo 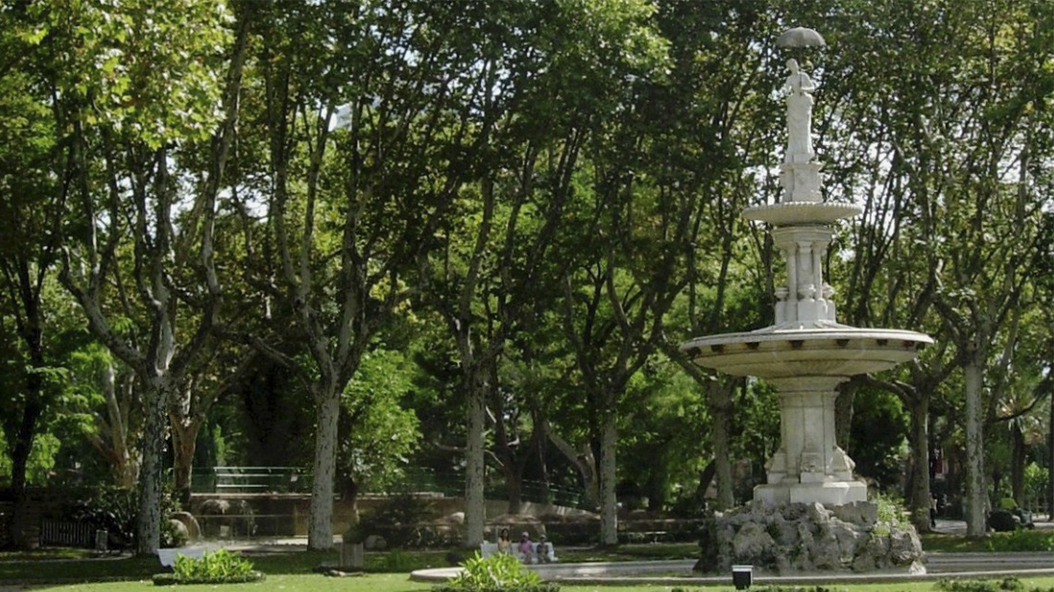 The Lady with the Umbrella

Pre-modernist sculpture of a beautiful woman holding an open umbrella in her hand. From its unveiling in the city in 1855 is has been closely associated with Barcelona. It can be seen as an illustration in tourist guides and as part of tourist souvenirs sold in all the shops in Barcelona.

The sculpture in the zoo is a replica, which was made after an exhibition on the modernist (art nouveau) movement held in London around the middle to the 20th century to which the sculpture was lent. The original sculpture is kept in a Barcelona City Council municipal warehouse.

Installed into the Zoo on 1992 Agapit Vallmitjana

A historic scupture created by the same sculptor as designed the Columbus monument lions at the Drassanes quayside and the Lion Hunter figure in Ciudadela Park. The sculpture in the zoo is a replica. The original is kept in a Barcelona City Council municipal warehouse.

A stone sculpture which represents a dolphin and welcomes visitors to the Aquarama, the facility which was a turning point in the history of Barcelona zoo.

A sculpture dedicated to childhood.

A young girl in a sleeping position.

A sculpture dedicated to the heroine in a medieval legend. In the story Genoveva of Barbante, wife of Siegfried de Tréveris, was falsely accused of adultery by her steward and condemned to death. She was pardoned by her executioner but fled and hid in a cave for many years with her son. There she was fed by a roe buck deer and was able to survive. One day Siegfried, who had discovered the steward´s treason and had had his wife executed, was hunting, chasing some roe buck deer through the wood when he discovered his wife's hiding place and was able to restore her to her rightful position. The sculpture in the zoo represents Genoveva de Brabante with her son arm in arm next to a roe buck deer.

A bronze sculpture that represents an abandoned, hungry dog. This sculpture is a powerful work of art that has an immediate impact on the viewer's conscience, conveying a message that the zoo wants to reinforce: pets should never be maltreated or abandoned.

A sculpture celebrating the life and work of one of the greatest creators of cartoon films, Walt Disney. It is a symbol for the zoo because the animals often had a leading role in his work.

A representation of a set of wings. This is Barcelona Zoo's second oldest sculpture.