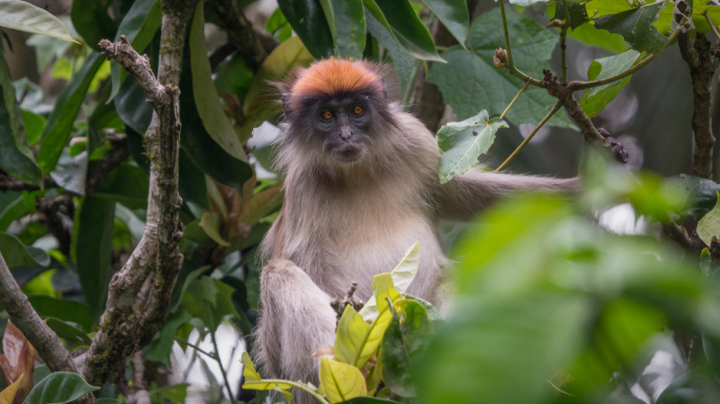 Habitat loss, degradation and fragmentation along with overhunting, are among the major threats primate face worldwide. Habitat modification due to human activities has transformed unprotected primate natural habitats in different parts of the world, forcing primates to increasingly occupy human-altered landscapes.

The generally objective of this project is to assess the conservation status of endangered Ashy red colobus monkeys in areas of Tanzania that have no protection status: the Mbuzi Forest Area and in the Masito-Ugalla ecosystem.

Specific objectives are the following:

1) To determine the population size of Ashy monkeys in both areas.

The previous survey conducted on the Ufipa Plateau by Davenport et al. (2007) was not comprehensive. It targeted only forests but not woodlands or small gallery forests in the Mbuzi forest area. The proposed research will systematically cover all these unsurveyed areas in the Mbuzi Fores area. Ashy monkeys also live in the Masito-Ugalla ecosystem, which is predominantly composed of dry miombo woodlands. It is surprising that an arboreal primate, described as mainly folivorous, can exist in such open and dry miombo woodlands with so little evergreen vegetation (less than 5% of the habitat). But this species has never been studied in this ecosystem. The proposed research will be the first ever to study Ashy monkeys in the Masito-Ugalla ecosystem.

2) To determine and identify conservation threats in in both areas.

Up to now, there is no study that has comprehensively assessed threats faces by Ashy

monkeys in the unprotected Mbuzi forest area and Masito-Ugalla ecosystem. The proposed research will be first to record, identify and map anthropogenic activities that threaten Ashy monkeys in unprotected areas in Tanzania. Data on the specific type of human threats that affects the species is essential to designing alternative economic activities for the specific human groups that undertake such threat activities.

3) To conduct community conservation awareness campaigns in both areas.

Previous surveys by Davenport et al. (2007) on Ashy monkeys in the Ufipa Plateau led to conservation campaigns and actions in some forest fragments (such as the Mbizi Forest Reserve). But the Mbuzi Forest area is still unprotected. In the Masito-Ugalla ecosystem there have been conservation awareness campaigns focused on chimpanzees, in villages along the lake shore of Lake Tanganyika. But interior villages far off the shore are inadequately sensitized about conservation. Furthermore, there has never been a campaign targeting conservation of the endangered Ashy monkeys. The proposed project will be the first to conduct such campaigns. Awareness campaigns will help to make local people more willing to support conservation and accept community conservation programs in their village areas.