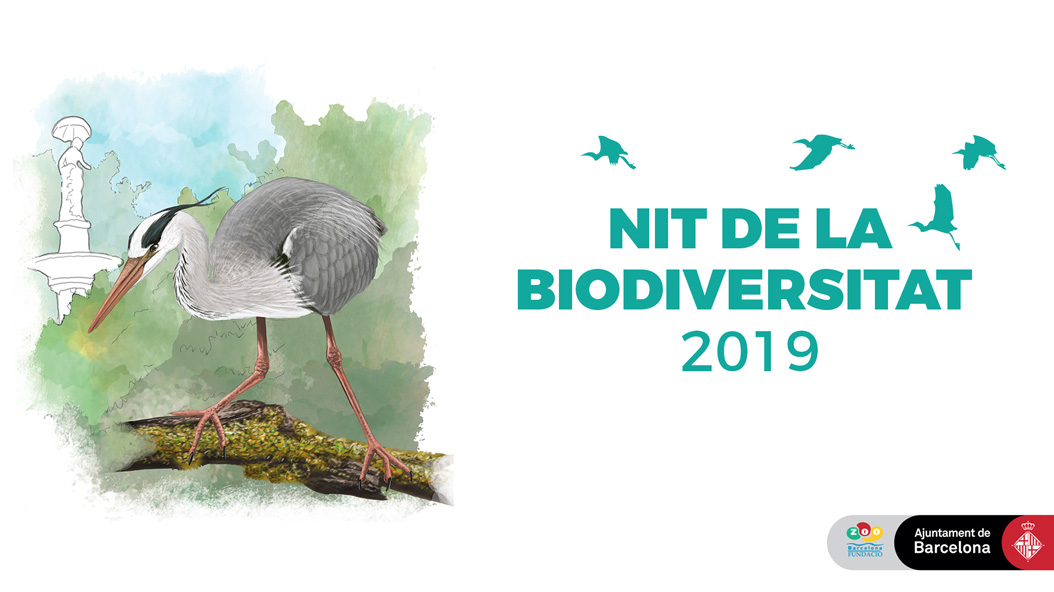 On our Youtube channel, you can watch the videos shown during the event, some as a première, which display spectacular images of some of the projects presented, such as Jorge Mederos’ study of insects along the top of the trees in Collserola, or the fin whales on their way along the Catalan coast.

On 26 March, the Barcelona Zoo Foundation held the first edition of its Biodiversity Night in the auditorium of the Ciutadella Campus of Pompeu Fabra University. The aim was to present the work on conservation and research in biodiversity that the Foundation and Zoo team take part in, and share the evening with the people who are taking part in these projects, the house staff and the members of the Zoo Club.

With the expert guidance of host Cori Calero, a journalist specialising in nature and the environment, guests were able to approach some of the projects and their protagonists, and also to feel some of their enthusiasm. The first to answer Calero’s questions was the Zoo’s director, Antoni Alarcon, who emphasised the need to preserve the Mediterranean, and explained that the Zoo is aiming to become a reference for conservation in this area and that the new model is leading them in this direction. He also highlighted the importance of conserving our diversity given the decline in the number of species, placing particular emphasis on invertebrates which, although they make up 95% of all the species on the planet, are still a relatively unknown part of the animal world. Next, Josep Mª Alonso, who heads the projects on research and conservation of exotic fauna, and Juli Mauri, at the forefront of sustainability and preservation of the most accessible fauna, spoke about their work at the Zoo.

Working as a network to conserve habitats:

The night’s main event was the presentation of some of the many projects in which the Zoo takes part to fulfil its mission to actively intervene in the conservation of species and their habitats. In a friendly interview format, the host spoke with the researchers who are leading these projects, and presented videos that showed their work.

The following researchers and projects were presented:

The guests also had the opportunity to find out about some of the work that has been supported by the Barcelona Zoo Foundation in the last ten years. During this period, the Foundation has allocated €2.5 million to support initiatives and on-site research and conservation projects, €772,242 of which has been awarded in the form of grants to 92 projects, within the Research and Conservation Programme (PRIC), which promotes research applied to the conservation of biodiversity and animal well-being. During the event, five projects representing those that have been awarded grants in this decade were presented by their leaders, all linked to on-site conservation:

The high point of the evening was the awarding of three prizes designed to recognise the work of professionals and institutions for the conservation of biodiversity, and the prizes were presented by the Barcelona City Council Commissioner for Ecology, Frederic Ximeno.

The prizewinners were Dr Martí Boada, doctor of Environmental Sciences, geographer and naturalist, member of the Spanish Committee of the United Nations Environment Programme, the Communication and Education Committee of the IUCN (International Union for Conservation of Nature) and the United Nations Global 500 Forum, who received the professional career prize; the Granollers Museum of Natural Sciences, represented by its director Antoni Arrizabalaga, who collected the prize that recognises the institution's development of works and studies to protect our biodiversity and its dissemination in the form of exhibitions; and José Luis Gallego, collaborator in numerous media and one of the country’s most influential personalities in environmental matters, awarded for his important informative task.

The Biodiversity Night brought together over 150 people and is intended to become an annual gathering that serves to celebrate together the successes achieved through cooperative work and to raise awareness of a very important effort, the result of alliances between many institutions and professionals, that we know is not well known, and which translates into real positive advances for our biodiversity.