The wolf is the leader of all predators in the cold and temperate zones of Europe, Asia and North America, where its wide area of distribution has given rise to numerous sub-species.

The Iberian sub-species (Canis lupus signatus), which you can find in this zoo, is characteristically smaller than other wolves - weighing just between 25 and 55 kg, when other sub-species can weigh up to 75 kg. It also has recognisable dark patches on its front paws. 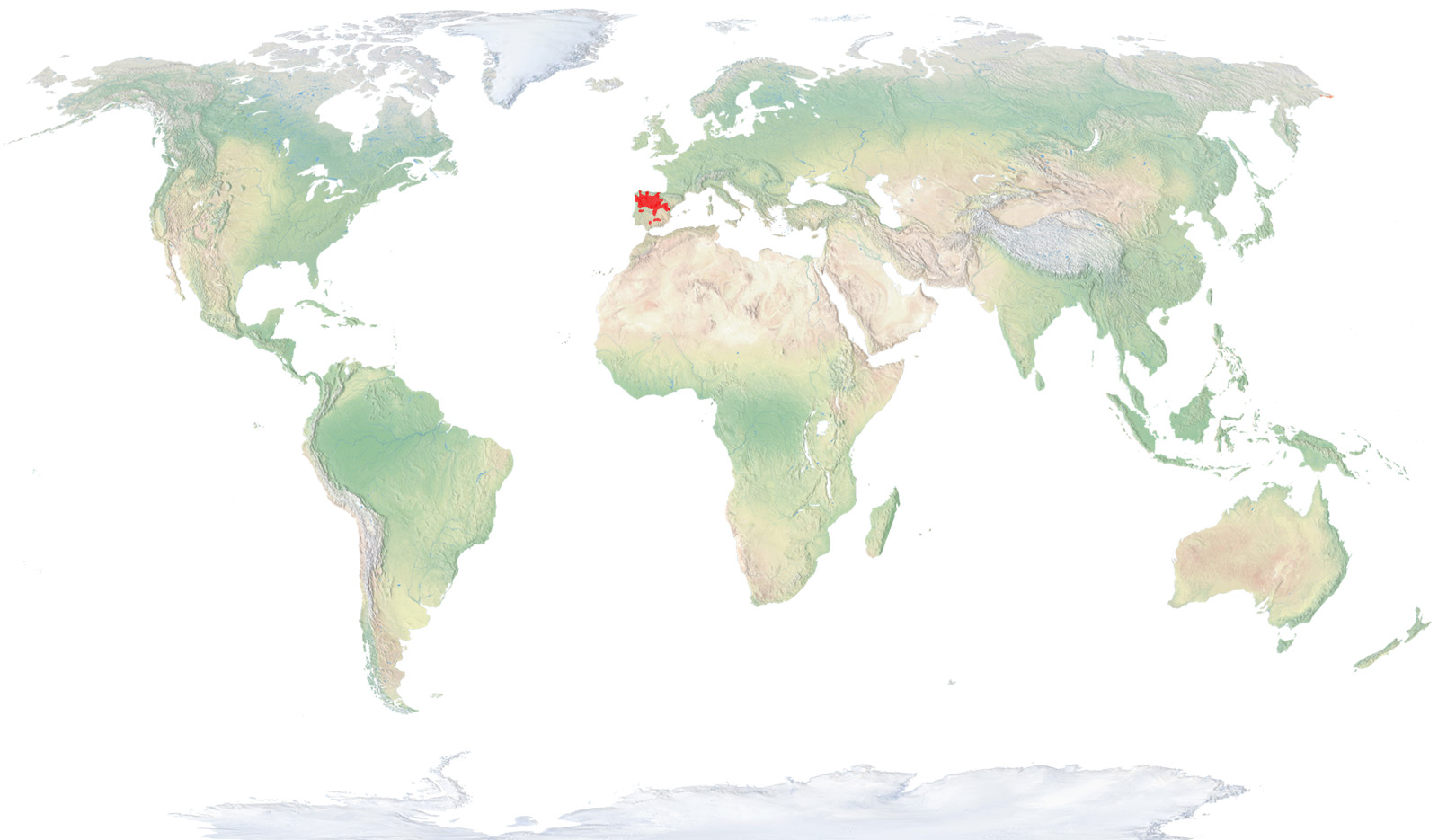 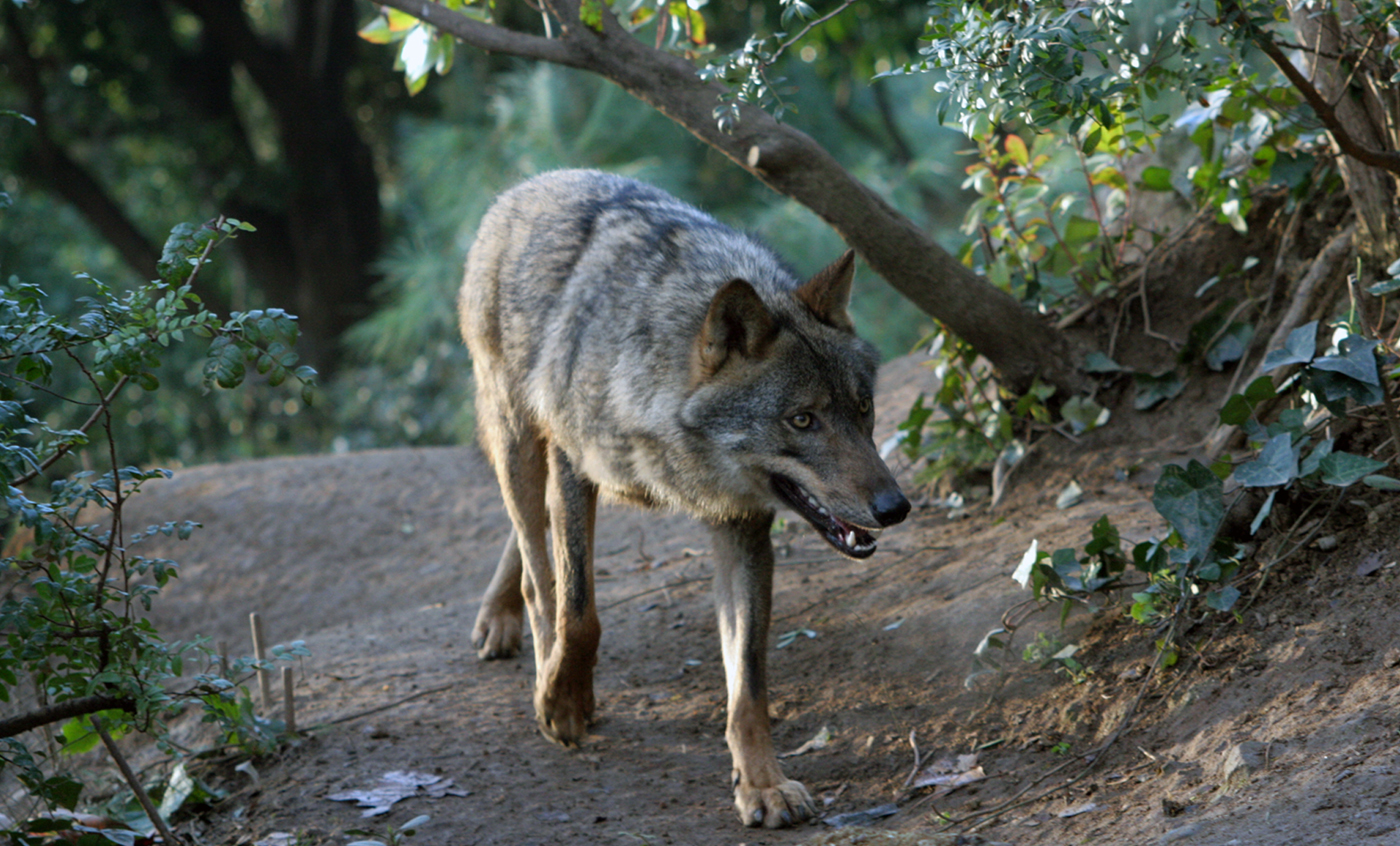 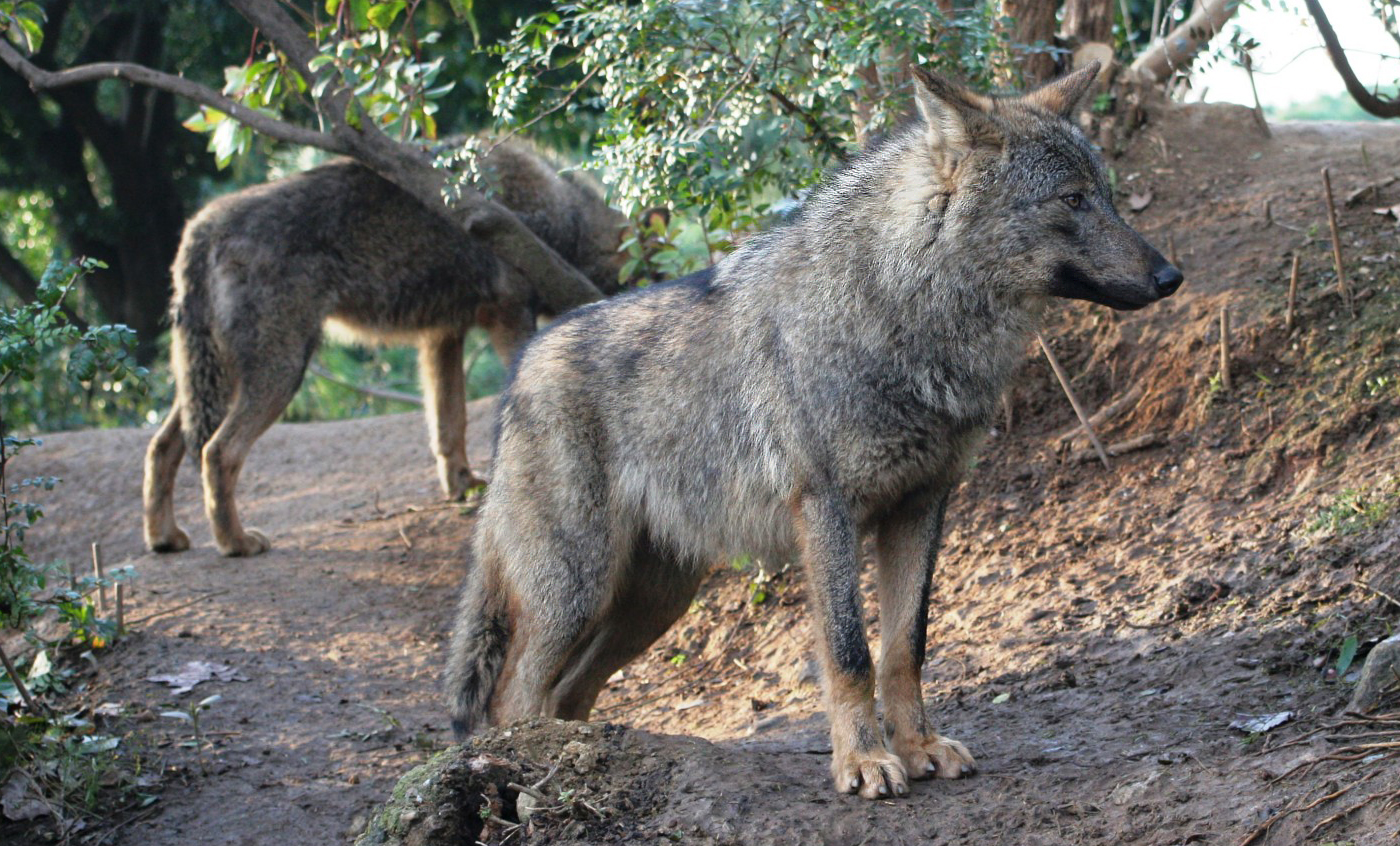 The Iberian wolf has a small frame -weighting between 25 and 55 kg, while other subspecies can reach 75 kg- and dark marks on the front limbs. It has a large and robust head, pointy relatively small eats and yellowish eyes. Its snout has white marks.

Its typical habitat is the forest, either Mediterranean and Atlantic, but is able to adapt to more open spaces.

It preys on all kinds of animals, from larger ones such as deer, roe deer, fallow deer, wild boars or domestic cattle, to smaller ones like rabbits, hares or micromammals.  It also eats carrion and, occasionally, wild fruits and other plants.

After a gestation of nine weeks, females give birth, hidden in dens among vegetation or rocks, up to eight cubs, although normally between two and five. In wolf packs, normally only the dominant female reproduces.

This carnivore is organized in small hierarchic groups, allowing it to hunt large herbivores that a single wolf would not be able to capture. Hierarchy is set by means of fierce fights. However, once the winner is established, they show an intricate behaviour with different submission patterns that prevent future aggressions. It is a basically nocturnal animal, as an adaptation to human persecution.

In the most northern regions of its distribution area, such as wide areas in Canada and Siberia, wolves are still relatively abundant, but central and southern Europe populations have been practically wiped out.  In Spain, centuries-long continuous hunting of the Iberian wolf has reduced its distribution area and nowadays only three populations remain: The Cantabrian-Leonese, encompassing almost all the Cantabrian mountains and a great part of the Leonese area; the Galician, in Galicia and northern Portugal; and the Andalusian, practically limited to Sierra Morena, the most endangered of them.

IUCN lists the wolf under Least Concern (LC), but in Spain the Iberian Wolf is listed as Vulnerable (VU) in the Red list of vertebrates in Spain.