Birth of a De Brazza's monkey 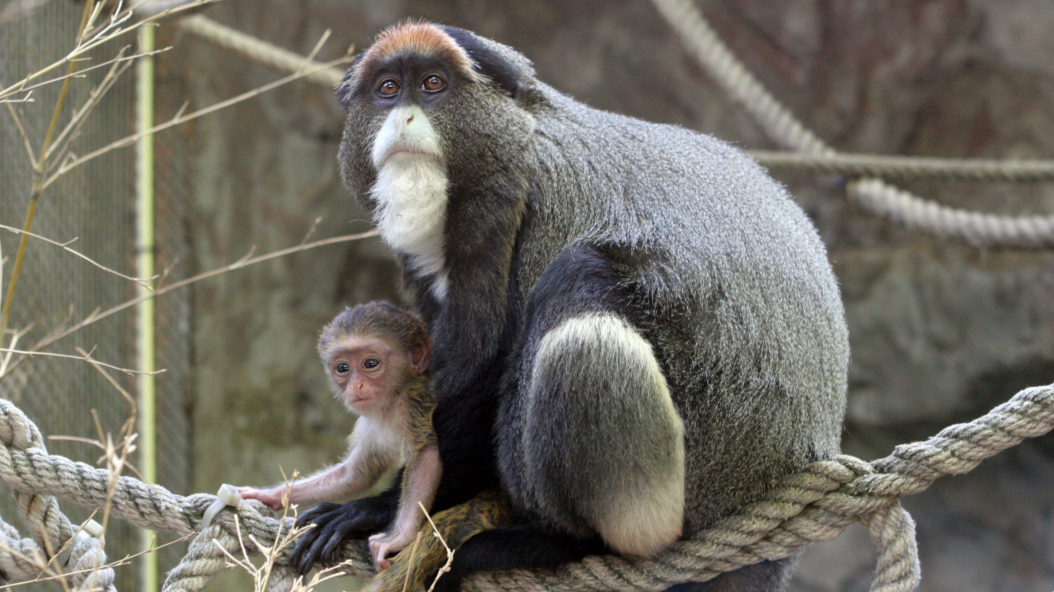 A baby De Brazza's monkey (Cercopithecus neglectus), which was born on 13 June. This is the first baby of this species to be born in Barcelona Zoo in over 20 years.

In recent years, following EEP recommendations for De Brazza monkeys, the species has been maintained, with the necessary changes for forming compatible breeding pairs in the Zoo and other EAZA institutions. In 2017, a male born in Santillana Zoo in 2005 and a female born in Leipzig in 2004 arrived. They have behaved well right from the start.

This species was classified as “of least concern” by the UICN in 2016. Its situation in its natural habitat is currently under review.

The species inhabits forests and floodable areas of north-east Angola, Cameroon, Equatorial Guinea, Gabon, Congo and the western part of the Central African Republic, towards Uganda, Kenya, South Sudan and south-west Ethiopia. Many natural populations are suffering drastic reductions in their populations due to uncontrolled human activity: deforestation of their habitat for agricultural uses and wood production, being hunted for food, or taken as pets, and treated as a pest in agricultural areas.

As of the end of last year, the EAZA population consisted of 51 males, 68 females and 7 unsexed juveniles (126 individuals) spread over 29 institutions.

This Old World primate has grey-brown fur, with black extremities, face and tail. It has a white snout, complemented by a long white beard. It has orange fur on its forehead, in the shape of a diadem. It has a stocky build and presents an evident sexual dimorphism; the male is bigger than the female and has a blue scrotum, due to testosterone. At birth, the babies are yellowish-brown in colour, which merges better with background colours.

They are mainly frugivorous, but they also eat leaves, insects and reptiles.

The females reach sexual maturity at around four years old, and the males at around six.

They usually form small family groups. In the 1980s they were believed to be monogamous, but it was later discovered that their social system ranges from monogamy to small polygynous groups of several females with one male. The tendency of forming small groups is thought to be a selective, anti-predator strategy, so that they are more likely to pass unnoticed.

When they are frightened they remain motionless and when they sense predators they shake the tree branches and scream, calling the attention of their group. They can sometimes even face their predators, or run away by diving into the marshes, as they are good swimmers.