The black crowned-crane is easy to identify, thanks to the golden crest on its head. It usually lives in large groups in marshy and open areas, where it feeds on small reptiles and invertebrates, primarily crayfish, and also on vegetation.

During the breeding season, the mating dances performed sporadically by pairs throughout the year intensify. They lay two or three greeny-blue eggs in a nest on the ground made from reeds, rushes and grass.

Savannas of the Sahelian-Saharan strip 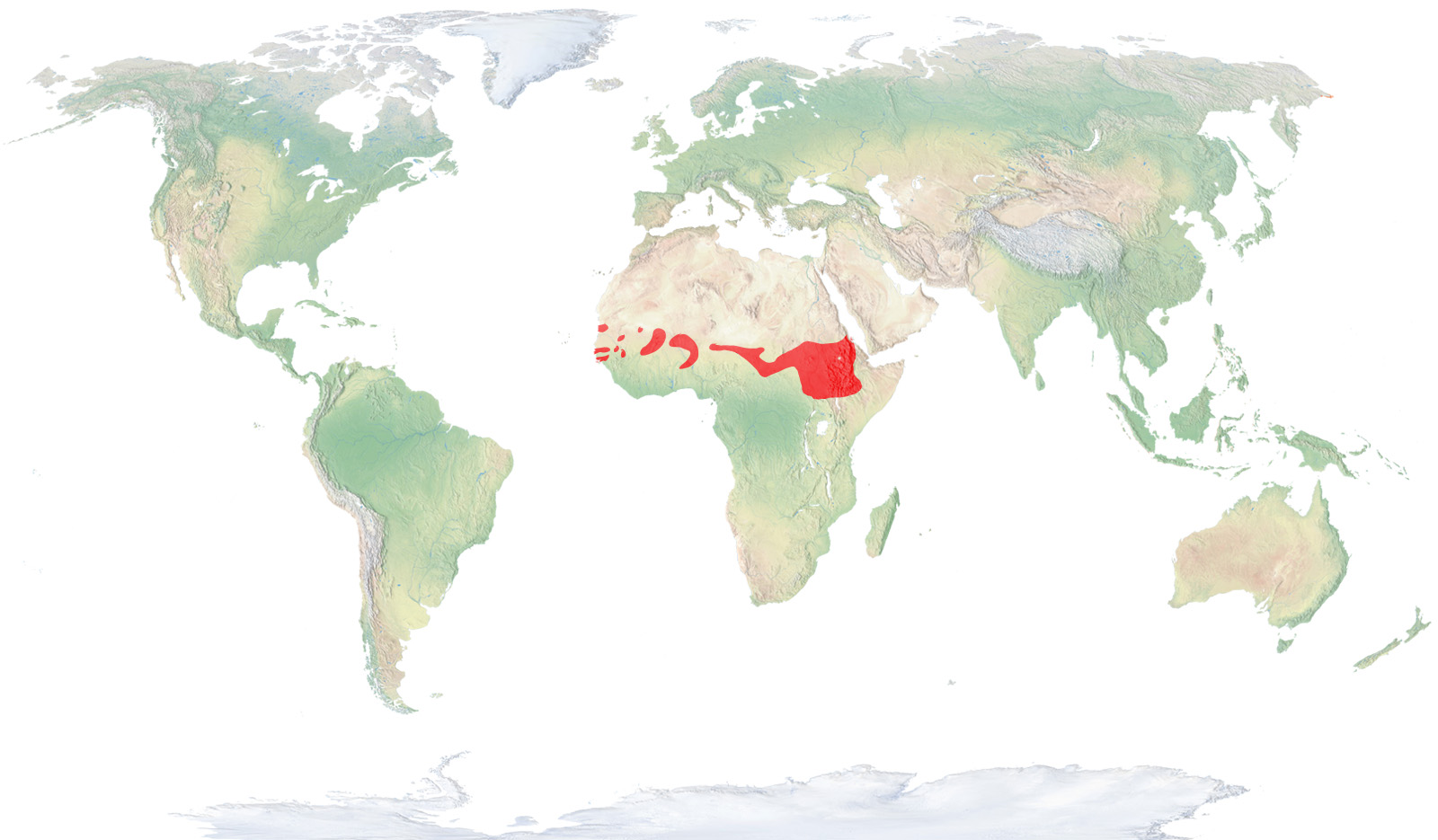 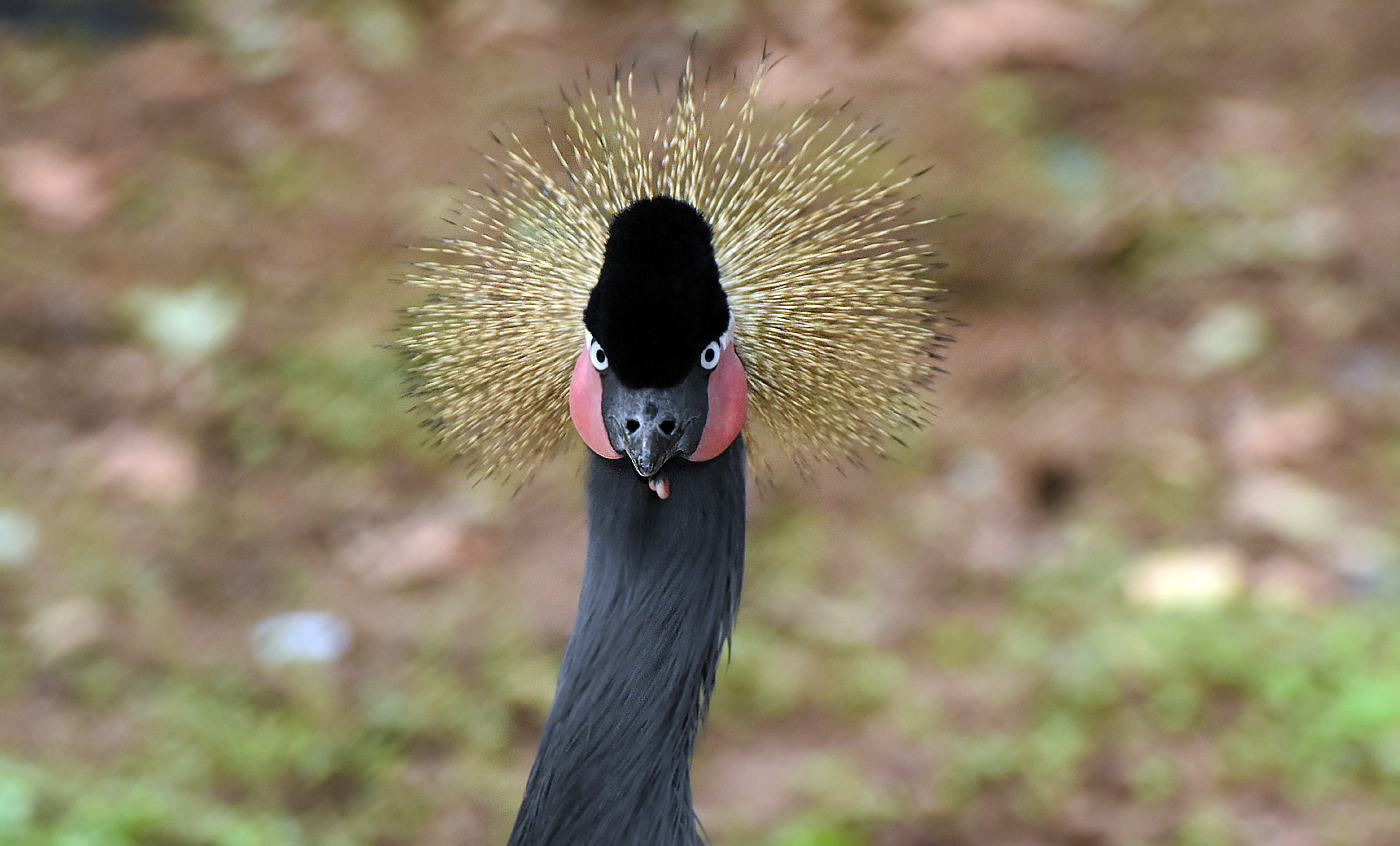 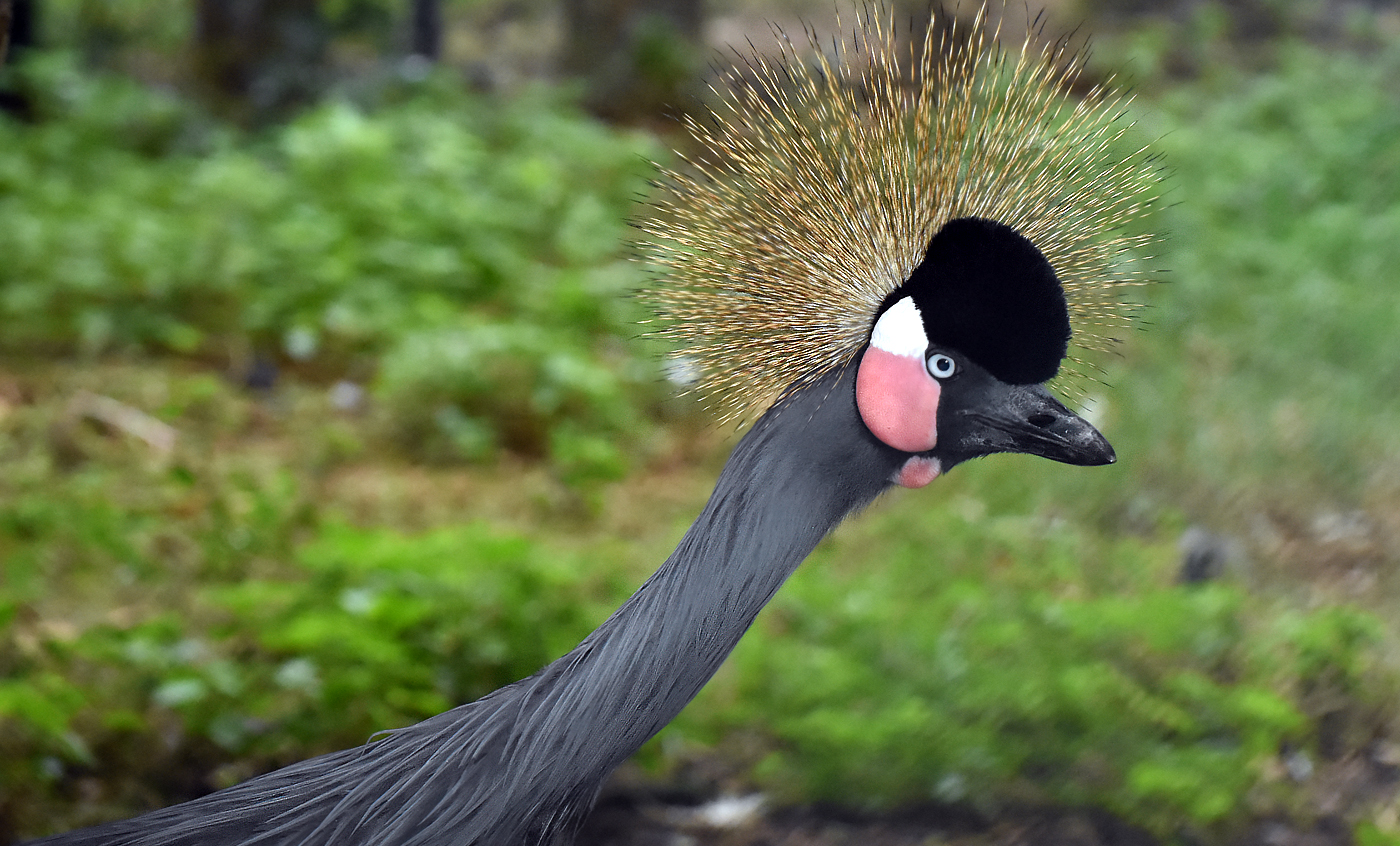 The black-crowned crane is easy to identify by the golden crest on its head, as well as the histrionic and colourful design of its face, with black tones on the crown and forehead, white to the auricular area and red on cheeks. It can be differentiated from other crowned cranes by its general darker plumage, by having small caruncles hanging from the throat and the red colour on cheeks. Its wings are white and grey, and the tail is reddish with earth tones. This bird is quite large, measuring up to 105 cm long.

It inhabits open wetlands, although it can live almost anywhere that is somewhat open and wet.

Quite a generalist, although its diet mainly consists of locusts, small reptiles and invertebrates, as well as plant matter. It can travel quite far from water searching for food, usually in highland plains that have a source of water nearby.

During breeding season, the nuptial dances intensify that pairs sporadically engage in throughout the year. They lay two or three greenish blue eggs in a large nest on the ground made from reeds, rushes and grasses, which are usually located on the banks and shores of the rivers, lakes and marshes where they live. Incubation lasts for 28 to 31 days and is done by both members of the pair, although it is usually the female that incubates them at night..

They often live in quite numerous groups and, despite having a non-migratory and resident character in the majority of their area of distribution, they regularly travel some distance looking for food. They also move in large groups to search for alternative water sources during periods of drought, making them noticeably migrant.

This species is vulnerable throughout its area of distribution, especially in those countries where there is hunting or excessive human pressure, where there are lengthy droughts or a considerable loss of habitat. The Barcelona Zoo participates in the European Studbook (ESB) for this species in captivity.